For the past month or so, Samsung and Apple have dominated headlines with their patent trial. Such a case was probably inevitable – how many ways can you design a smartphone? – but any such case would inevitably gather daily headlines. After all, it was Apple and its iconic iPhone vs. Samsung and its status as world’s largest smartphone manufacturer. They’re both kings of the industry in their own ways. Yet they could have a competitor breathing down their necks before they know it.

Lenovo has been around for a while, and in their time they’ve made some waves in the laptop sector. Remember the IBM Thinkpad? In the late 90s and early 00s it seemed as though everyone had one. When IBM exited the consumer electronics business, they sold the brand to Lenovo, who have continued to the line to this day. They’re not quite as ubiquitous these days – the MacBook has taken over the role of the Thinkpad – but it’s still a high-quality Windows offering. In fact, it’s one of the main ways in which Lenovo competes with Apple. 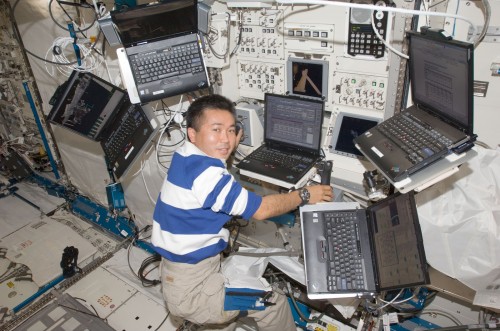 ThinkPads being used on the International Space Station.

Let’s face it: laptops won’t be around forever. They’ve evolved to get smaller and smaller, but the latest round of laptops appears to be their evolutionary end. The only way to make them smaller is to remove the hinge, and when you remove the hinge from a laptop you don’t really have a laptop at all anymore. Still, the latest round of laptops, dubbed Ultrabooks, has made quite an impression on the market.

Apple started this trend years ago with the MacBook Air, but that model went through a few generations before it became a viable product. Once Apple got it down other companies followed. Lenovo got right on the trend, coming out with two lines: the ThinkPad, that business-class continuation of the IBM line, and the IdeaPad, a ligthweight, affordable Ultrabook meant for the consumer market. They are directly comparable to the MacBook Pro and the MacBook Air.

The difference, of course, comes in the price. The 13.3-inch IdeaPad runs more than $450 cheaper than the 13-inch MacBook Air, and more than $250 cheaper than the 11-inch MacBook Air. The ThinkPad compares even better to the MacBook Pro. The Apple faithful might not have much of a need for a different line of laptops, but the average consumer can benefit greatly here. Fact is, most people simply do not need a Mac. PCs can do pretty much the same, and oftentimes more. The saved dollars can go towards products of the future.

To complete the thought above, when you remove the hinge from a laptop you don’t have a laptop. You have a tablet. While tablets aren’t quite to the level of replacing laptops, they’re certainly travelling that path. Just take a look at the super-thin keyboard cover for the Microsoft Surface. The writing is pretty much on the wall. Soon enough manufacturers will deliver laptops that make us look at laptops like clunky relics of the past.

In this territory, Apple is the undisputed king. People often ask me for advice on buying a tablet. They’ll ask, “is the new iPad worth it? Or should I get an Android tablet?” And I tell them that no, the new iPad isn’t really worth it; the iPad 2 is the second-best tablet on the market, and you can find it at a significant discount. Android tablets just aren’t there yet. But Lenovo has an idea.

First, they’ve put down the idea of competing with Apple on features. Samsung did this with the Galaxy Tab 10.1, pricing it at the same as the iPad. Seeing the two products next to each other, who was going to choose the Galaxy Tab? Lenovo has dipped below the iPad’s $500 base price. They’ve also differentiated, offering four different tablets: three Idea Tablets, ranging from 7 to 10.1 inches, and a ThinkPad tablet, designed for business.

Again, Android has a ways to go when it comes to tablets. But it appears that Lenovo has something going with its segmented offerings and skinned Android interfaces.

Smartphones in the offing?

It would be interesting to see if Lenovo decided to compete on all levels by offering a smartphone. It seems as though everyone’s doing it these days, and with AT&T and Verizon supposedly pushing customers away from the iPhone there might be an opening here. And again there’s a chance for Lenovo to segment its offerings, using Android for consumer and BlackBerry 10 for enterprise.

Yes, BlackBerry is something of an afterthought these days, but they do appear to have a strong offering with their BlackBerry 10 operating system. Problem is, they might need some licensing help to get it off the ground. Lenovo, which already has inroad to enterprise customers, could combine with RIM, which is – or at least was – the enterprise leader. On the other side, creating Android smartphones shouldn’t be such a big deal.

Yet the competition issue comes into play here, too. Apple dominates its own little space, which consumes quite a large portion of the overall market. Samsung seemingly dominates the Android space. No one really dominates the Android tablet space, though, because it hardly exists. But if carriers really are pushing Android smartphones, there could be opportunity there.

Age of the smart consumer

I’d like to believe that we’ll soon enter the era of the smart consumer: one not dominated by fads and iconic brands, but rather by utility. The average consumer does not need a Mac, yet might feel as though they need one because everyone else has one. In truth, many other companies can fit the bill. Lenovo fits right in there.

And if you don’t need a product and can save money buying a comparable one, doesn’t that make the most sense? Wouldn’t it be more sensible to buy a $700 laptop and a $400 tablet for less than you’d spend on just a MacBook Air comparable to the other laptop? It makes sense to me.

We all love our gadgets, some people more than others of course – we’ve all got parents or grandparents who haven’t got a clue how to turn a computer on, let alone check their emails or catch up with their family on Facebook. But for the gadget lovers among us there’s nothing better than getting home with a new bit of kit, setting it up and turning it on for the first time. It’s like a birthday and Christmas all rolled into one! 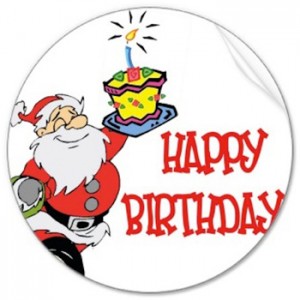 Christmas and birthday rolled into one!

But while we all have such affection towards the latest offerings, what would we actually call “essential’? After all, the very latest devices and gadgets don’t come cheap and disposable income isn’t exactly at its peak at the moment. We’re finding that we have to budget more, and even wait until the price drops after a few months before we can get our hands on some devices, an agonizing wait for many I’m sure. So if we had to prioritize our gadgets, what would they be?

Of course, you have to have a laptop. Tablets and smartphones are great but sometimes you just need a computer to get certain jobs done as well as they possibly can be with a bigger screen and better all round packages. You’ve got numerous top quality manufacturers to choose between, all offering different packages, with Apple, Dell, HP and co all vying for the title of top laptop manufacturer.

Obviously, if you’re working on your laptop at home for an important project for work, school, college or University, it’s vital that you have a way to get it off the computer and into a tangible document. For that reason you need a printer capable of producing your work in high quality, something Dell printers for one are synonymous for, while other features can include scanners, photocopiers and fax machine capabilities.

Then when you leave the house it’s vital that you can stay connected to the rest of the world. Smartphones such as the iPhone, BlackBerry and Samsung Galaxy give you the ability to check your emails on the move, update you location to Facebook, look into what Lady Gaga has had to say on Twitter and even buy things, you can do it all while you’re out of the house. Oh, and you can text and make calls too of course!

One of the must-have items of the moment, tablet computers such as the iPad are taking the world by storm. On the train, in the boardroom, at the park, they’re all using them as perfect hybrids between smartphones and computers.

Finally, of course, you have to have an iPod or similar device to listen to your favourite music on. Whether you’re in the gym, on the train or just relaxing, it’s always good to have some music to keep you in the mood for whatever you’re doing.

These are what I believe are essential home gadgets, but what is your views? Do you consider all these gadgets essential, and if not, which are yours?

Their campaign includes three evil characters: Battery Brutus; Fiona Freeze; and Loading Ball Larry. These three characters are presented at the ultimate enemy to any techie! After all, who wants their device (be it a TV, smartphone, tablet etc.) to run out of juice, freeze or take forever to load?

Samsung have been working really hard to improve user experience, which is why they have decided to launch the campaign, to let people know about it!

As time goes on, more and more firms appear to be altering the way they provide their products and services in order to make them more environmentally friendly. Unfortunately there are many firms which still refuse to take environmental factors into account, however Samsung is (I am sure proud to say) not one of them!

In their recent upgrades and updates, Samsung have gone that step further to ensure that your devices stay ‘alive’ longer, need fewer charges, and perform better for longer.

That means you should be able to keep Battery Brutus at bay for longer! Check out the video (Samsung ad) below to see him in action.

The below image shows just how much power Samsung’s devices conserve. That saving means less charges, which means less power being used, which is ultimately better for the environment!

Samsung also take into account the environment in terms of the materials they use. Below is a quote directly from Samsung.

“Our products continuously evolve. We use the latest technology. The most advanced materials. The safest components for you, and for planet earth. Samsung Memory is only manufactured with the most environmentally responsible materials.”

Samsung’s latest devices are fitted with the high-spec memory and processors, to ensure that you can multi-task with ease, without your device freezing or loading. This means that you can also keep Fiona Freeze and Loading Ball Larry at bay!

Here is the Samsung ad which features Fiona Freeze at work.

The last of the characters in the Samsung campaign, Loading Ball Larry, demonstrates just how frustrating loading can sometimes be. Please don’t smash up your device though, next time it loads!

To find out more about the campaign, the characters and the technology involved, please visit the Samsung Semiconductor webpage.