The rate at which people are opting for mobile VoIP suggests that it is going to become the most popular mode of communication in the coming times.

The huge cost difference between mobile VoIP and ordinary mobile networks posses a great threat to the later and that is why several mobile operators have even tried to halt the widening streak of mobile VoIP. 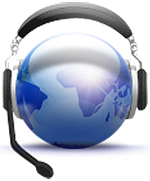 However, the striking difference with which the mobile VoIP is beneficial for the users, has rendered mobile operators accept the fact that the coming era belongs to VoIP. This understanding has made a number of mobile operators switching to the mobile VoIP instead of conventional mobiles, thus competitors being turned into supporters. Consequently, more customers are opting for the switches to avail a better range of options, better technology and increased convenience at lower rates. The very launch of mobile VoIP into already existing VoIP is an innovator step which is much likely to revolutionize the telecommunication world in the years to come.

The commencement of VoIP technology was not that successful in the beginning owing to the fact that lowering of cost was compensated by a compromise on the quality. The internet basis of VoIP instead of a landline was being adopted by only price conscious lot whereas the quality conscious lot was reluctant to make a shift. However, over the years, the quality of VoIP has been several fold bettered and even the landline phones are lagging behind in the clarity and sound quality of VoIP. The amalgam improved quality and low cost renders VoIP a smart technology and a wise alternative to conventional telephone land lines system. Owing to such strikingly favourable features, VoIP is gaining its popularity in private as well as business sector.

The success and acceptance of VoIP has led to the development of mobile VoIP that has further transformed the world of telecommunication. Mobile VoIP, though a newly introduced technology, is likely to be accepted open armed by the quality and price conscious lot and soon, the contemporary mobile market will be taken over by mobile VoIP. If viewed in the long run, mobile VoIP undoubtedly is going to be the centre of attraction in the coming years.

The acceptance that VoIP service is presently enjoying, it can be anticipated that a further beneficial technology as that of mobile VoIP will definitely grab its right share in the market.

Mobile VoIP being the smartest technological outcome with all the supportive features and the cost effectiveness is likely to be adopted by both private as well as business sector in the years to come. The reasons for which the home and businesses VoIP is being adopted by people are still intact and even further beneficial in case of mobile VoIP which suggests a radical acceptance of later amongst the masses.

17 thoughts on “Is the future of telecommunication VoIP?”