Some say that despite Japan being the third largest economy in the world, what happens in Japan, usually stays in Japan. After the recent Tsunami, this seemed to be the case, initially.

However now that most of the countries industry has shut down, the effects are really being felt around the world. Why? Well, Japan is a major exporter of electrical and motorised goods – after all companies like Honda and Sony are based there. 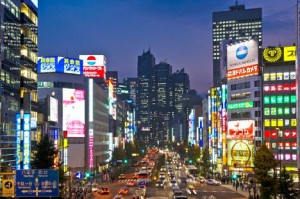 Often the Japanese factories make some of the parts and then the final goods are assembled closer to where they are going to be sold. This is great as it increases capacity due to specialisation, but it does have it’s problems too.

Due to the Japanese parts of such businesses currently being shut down, the entire supply chain for such goods has ground to a halt, as nobody can get the parts they need out of Japan.

Around the world Japanese firms are shutting down their plants, due to a lack of parts. Toyota are actually now withdrawing their UK operations due to the Tsunami – among other things.

Sony are in a similar situation, as their firm is considering a complete shut down for 2 weeks due to power shortages. No doubt other firms like Panasonic, Nissan and Fujitsu wont be far behind too.

It looks like the shifting of a few tectonic plates might have caused a lot more than a devastating earthquake and tsunami, but also a slowdown in the global tech industry – leading to a large loss of jobs worldwide 🙁

What are your views on this, will the world really struggle without Japan?

4 thoughts on “What happens in Japan stays in Japan?”