This week I would like to wrap up my series on food, and leave you with a little light reading and a film to watch. 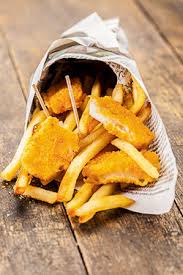 My first post Technology in Food Production contained a general overview of how modern farming techniques are effecting our lives. Most of the comments made expressed surprise at the levels of GM organisms that are currently being farmed and the profits generated by the industry.

The following are taken from comments posted, from various different contributors:

“The statistics you cite are shocking. I had no idea GM was so widespread”.

“It is also scary to see the profits made by processed food companies matched with those made by agricultural businesses”.

“With so many farms producing GM foods and so much money behind it I really doubt anyone’s chances of keeping the products contained”.

The second post in the series was entitled What Actually is GM Food? In it I suggest that much of the population is unclear about what modification actually implies, and describe some of the most widespread techniques. Once more issues of money, safety and acceptance appeared throughout the comments.

The following is from Neil seems to sum up the debate quite beautifully:

“I can see the socio economic benefits of developing fast growing disease, herbicide and insect resistant crops. While on the other hand I worry about the potential long term effects on humans when we ingest the GM foods”.

And Christopher offered some thoughts on the pros versus cons debate that Neil touched upon above:

“I do however think that the reduction in pesticide, insecticide, fungicide and herbicide use is a good thing – as they all have proven negative externalities”.

The Processed Food and Bacteria Problem was the third post, and it addresses changes in our bodies caused my the consumption of processed foods and other changes in food consumption patterns.

Comments once more raised the issue of profits from processing and improved food security and opposing sides of the same debate:

Experts, Regulation and Food described the close ties between regulating bodies and the industries they regulate in the USA, and also referred to similar problems that may be arising in Europe. The focus is on seed companies and the regulation of GM products, but the argument is much broader than this in reality.

The perspective is that when an industry looks for experts to form a regulating body, they inevitably look within the industries, raising the question of conflicts of interests.

Once more Neil summarizes in the comments:

“It’s a tricky one as in most industries the people who know the most about the industry will always be the experts who are working within the industry. In an area like GM foods I would guess that it would be very difficult for an outsider to have the same degree of understanding”.

I am not sure that I agree with him though that there is such a need for experts. If we take the GM issue the result of non public participation in the debate and regulation surrounding their introduction lead to physical and destructive confrontation. This is not a good result for either side in the debate, but maybe if the public had been consulted during the process (and not just the so-called experts) the result might have been less violent.

The fifth post in the series is a book review and description of Alternative Food Provisioning Networks. These networks offer an alternative to mainstream participation in the global agricultural market, favouring local organic production and co-production.

It is written from experience as I am a member of one of these groups described in the book in Italy and now a similar group in the USA. Once more Neil commented on the ammount of money these groups move into the alternative economy:

“80 million Euro’s is no small amount. I guess it is a bit like reverting back to a village type structure without the village”.

GM, Blowing in the Wind is the sixth post in the series. It addresses various legal issues that have grown out of the fact that GM organisms become airborne and blow onto other people’s land and grow there. There are two different problems addressed, farmers whose land is “contaminated” who lose money, and farmers who risk legal action for patent infringement because GM seeds are found on their land. Once again issues of regulation come to the fore as I raise the question of how they effect the development of the field.

Last week’s post was Wasted Food, and it is about the amount of food that the current system produces that is not consumed. It is a harsh analysis, but I take my data from respected sources.

The post addresses ideas such as freeganism and other ways of using waste food products, and concludes with some questions about the real reason for hunger in the world. Once more Neil offers a closing comment:

“It would be interesting to see the wastage levels before and after the introduction of use by dates. Given that the producers need to have a reasonable margin for error it must have been one of the biggest contributors to the wastage.

Also, in the US you appear to have a dining culture where it is expected that you get more food than you can finish (hence the invention of the doggy bag) and people are disappointed by smaller portions. This must create a lot of waste at the catering level as well as all of the doggy bags thrown away a week or so later.

It is a shame that there is no way of redistributing that food to poorer nations”.

As a final thought I would like to recommend a film and an article, both of which add flesh to the argument that I hope to have introduced over the last couple of months.

Food.Inc is a documentary made in 2008 about the US food industry. It is available here. It goes into further depth on many of the topics I have raised through interviews and investigation. It is a great film but I warn you, it is not a comedy!

This article in New Yorker magazine tells the story of how a herbicide producer spent years trying to discredit a University of California Berkeley Professor who seemed to find side effects linked to the use of the herbicide. It is a disturbing story of how the agricultural industry (and the regulators to some degree) maintain control of information and findings published to the public. I was going to write a post about it but I wanted to finish on a more positive note.

I would like to thank everyone who read and/or commented upon the series. I hope it was informative and even maybe will go some way to doing some good in the world. A quote from the greatest of all:

“The difference between what we do and what we are capable of doing would suffice to solve most of the world’s problems”.

6 thoughts on “Food, Wrapped Up”