The Sciencemag website has an article that will lead me into today’s post, about an organic farmer in Australia who has taken his neighbour to court over GM contamination. The organic farm has traces of GM materials that have apparently blown in from the neighbouring farm, leaving authorities no choice than to take away the farm’s organic certification.

This has of course led to a loss of income, and so the owner is suing for $85,000 to recoup his losses.

Now although there are standards about leaving space between GM and non GM plantation, it has become increasingly clear that contamination is somewhat inevitable, and this is reflected in regulations.

In the US a farm can have organic status even in 5% of its produce is found to be GM (presumably from air borne contamination). In the EU 0.9% is allowed, reflecting a tougher stance but demonstrating the impracticalities of a total ban.

In Australia though they do have a zero tolerance standard, so any traces of GM lead to the loss of license. 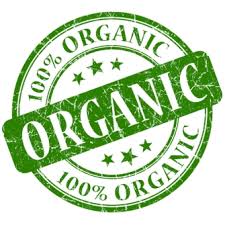 We might wonder if the organic farmer will win his court case, because how can the GM farm stop their materials blowing in the wind? Can it possibly be the GM farmer’s fault? Well precedence suggests that it might well be, because in a reverse situation contamination has been dealt with.

Just a month ago the US supreme court upheld biotech giant Monsanto’s claims on genetically-engineered seed patents and the company’s ability to sue farmers whose fields are inadvertently contaminated with Monsanto materials.

The high court left intact Monday a federal appeals court decision that threw out a 2011 lawsuit from the Organic Seed Growers and Trade Association and over 80 other plaintiffs against Monsanto that sought to challenge the agrochemical company’s claims on patents of genetically-modified seeds. The suit also aimed to curb Monsanto from suing anyone whose field is contaminated by such seeds.

The case is Organic Seed Growers and Trade Association, et al., v. Monsanto Company, et al. Supreme Court Case No. 13-303 if you would like to look it up, and as I say above one of the aims was to take away the possibility of a farmer being sued for inadvertent contamination, but this aim was not reached. Monsanto state that they have never sued anyone in this position and would not sue any farmer whose farm was found to have less than 1% contamination, and some interpretations suggest that the ruling seems to have made this binding.

It does look as though the contamination issue is causing some headaches for all parties involved.

Now I would like to think about how these rulings intact with other. Let’s take the Australian court case. If the organic farmer wins, other GM farmers will start to worry about their own liability and worry about planting their crops. This might lead to a slow down of the spread of the crops, to the cheer of the organic communities. But it will not help bring about a peaceful co-existence, which is a reality today, so might lead to regulators deciding that their zero policy approach needs a rethink. So maybe they will decide to enact a more US or European stance, and allow a percentage within organic certification, thus relieving the stress from the situation, leading to a more manageable co-existance and possibly aiding the spread of GM products, (probably not the organic farmer’s intended result).

On the other hand, the GM farmer might win, relieving the burden from other GM producers, leading to a more manageable co-existence and possibly also aiding the spread of GM foods.