It seems that it doesn’t matter what industry you work in, you’re always faced by deadlines that loom large above your head, waiting to strike. Whether you’re a journalist facing daily deadlines to get your copy written and published, or a warehouse worker tasked with creating so many of your products each day or an agency worker tasked with getting a job done before the end of the month, we’ve all got them. 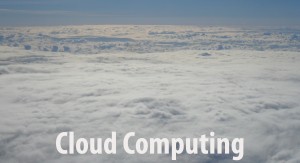 If only there was some way of making things simpler, taking the stress away and helping us to relax a bit more and get the job done without the typical end of month stress. Fortunately, thanks to the developments in technology over the past decade, there is. Developers are now working on software packages designed to make the hard, laborious tasks much simpler allowing us to focus our time, effort and resources on other areas of the business, like discussions with clients and ensuring that the marketing goes as well as possible so that you can expand the company at your own pace and in the right areas.

Let’s look at one particular example. Sorting out the rota for the next few weeks can be one of the hardest task faced by any member of the management, having to deal with holidays, sickness and ensuring that the optimum number of people are in on the busiest and quietest days of the week, and covering themselves for a quiet day turning into chaos, too. The installation of shift scheduling software can help those tasked with organizing the rota to ensure that the right people are in on the right day, and that people who are booked off aren’t included in the plans so they can adjust accordingly. It’s far more efficient and professional than using a pen and paper and saves an incredible amount of time.

Cloud solutions have proven to be another fine example of helping to meet deadlines. You might be faced with one strict deadline, and get called away from the office for an important meeting. Alternatively you may have a family emergency that means you have to work from home at the worst possible time. Cloud storage, however, enables you to access all of your work files wherever you are and upload the updated versions ready for someone else to access them and put them to print, send to the relevant people or save for the finishing touches from a member of another department.

No matter whether you’re a large or small, established or fledgling business, there are now all kinds of technologies and software packages designed to make our lives easier on both a personal and professional level.

Independent software vendors (ISVs) need to constantly release new products, upgrade features to existing products and maintain market share in an era defined by shifting tastes and a quickly evolving consumer base. Cloud based solutions can facilitate this process and help to jump-start your revenue.

According to Jiten Patil, cloud expert and senior technology consultant at Persistent Systems, customer “stickiness” is never guaranteed and poses a challenge to the ISV revenue cycle. But take heart, there are a few simple solutions to address these challenges and none will require shifting resources away from your core business.

Patil breaks the large ISV landscape into two general categories. The first are ISVs that are introducing a brand-new product, whether they are a startup or an established firm releasing a renascent offering. The second are ISVs retooling existing solutions to take advantage of customers’ new interest in cloud-computing technology. Regardless, nearly all ISVs can boost revenue generation by following a few simple steps.

1. Refine Your Strategy and Accelerate Your Go-To-Market Process

ISVs must develop new methodologies to bring products to market quickly. This means that you must make sure that the product design facilitates fast product delivery. According to Patil, it should be a priority to accelerate the marketing, promotion and sales process so that the all-important order-to-cash process can begin.

It’s important to hire talent with skill sets that support your product deployment strategy. You will want to complement your engineering talent with employees with strong skills in sales, marketing and cloud based product delivery.

Patil said companies must first identify a unique cloud roadmap. This roadmap may deviate from traditional cloud-based solutions, or it may imitate a go-to-market strategy that’s already proven successful. Whichever route your company chooses, make sure that you’re working toward creating an end-to-end revenue generation process throughout the duration of the promotion, marketing and sales cycles. ISVs should employ strategies like continuous delivery of promotional content, new product trial offers and value-added features, Patil said, to keep clients engaged.

Of course, the cloud can facilitate product updates on-demand to quickly address software problems. However, according to Patel, ISVs should also use the cloud to keep customers apprised of new products, solutions, updates, and other information in real time. Together, these processes can build brand awareness and expedite the go-to-market process.

3. Use Cloud Solutions for Continuous Packaging and Distribution

ISVs should consider how cloud based technologies can be used for packaging and distribution of their applications. The cloud can also provide an extended development and testing platform for your products. This can streamline and speed up your product development and quality assurance process and enable you to begin generating revenue more quickly.

By following these guidelines, ISVs can use the cloud to accelerate the revenue generation cycle. ISVs ultimately need to plan for continual growth by embracing the new business strategies engendered by cloud computing. Doing so will ensure your business will remain competitive for years to come. Rackspace Hosting is the service leader in cloud computing, and a founder of OpenStack, an open source cloud operating system. The San Antonio-based company provides Fanatical Support to its customers and partners, across a portfolio of IT services, including Managed Hosting and Cloud Computing.

Google first launched its cloud computing platform, Google Apps, in 2006. Currently, Google Apps is available in four different platforms – Business, Education, Government, and Non-Profit – as well as a free version for personal use that can be obtained by creating a Google account. Google Apps is a completely cloud-based solution that does not require any additional hardware or software. The suite lives entirely within the web browser making it accessible from anywhere on any web-enabled device.

Microsoft introduced Office 365, its cloud solution, in summer 2011. When it first hit the market, Office 365 was available only for businesses. However, in spring 2012, Microsoft added a new platform for educational institutions. Office 365 is a hybrid cloud solution that requires some additional servers and software. This means that Microsoft users will have some patching and licensing and it also limits the mobility that Microsoft users can enjoy, especially in comparison to Google users.

Aside from the difference in user experience and number of platforms, there is also a major price difference between the Google and Microsoft cloud services. Google Apps is a less expensive cloud service than Office 365. The highest-priced platform of Google Apps is the business suite, which runs standard for $50 per user per year. This price includes the entire apps suite and is standard for businesses of all sizes. The least expensive platform of Office 365 costs $48/user/year, but it is only available for businesses with fewer than 50 employees and does not include the entire apps suite. This means that businesses running on this platform must purchase add-ons, which will significantly increase the cost of the service. All other Office 365 platforms are priced higher, except for Office 365 for Education which, like Google Apps for Education, is free.

While the differences between Google and Microsoft might seem quite large now, they were even more distinct a few months ago. Recently, in an effort to better compete with Google, Microsoft added the new Office 365 for Education platform and cut its prices by as much as 20%. While these changes did narrow the gap somewhat, they still leave Office 365 trailing behind Google Apps in terms of platform diversity and pricing.

In May, Gartner Inc., a research firm, reported that businesses looking to move to the cloud for the first time were choosing a Google Apps migration one-third to one-half of the time. Perhaps this high percentage is a result of the differences between Google Apps and Office 365. This report came after a 2009 study by the same firm that predicted that Microsoft would be outselling Google by 4-to-1 in 2012.

In addition to making changes to bring in new users, Microsoft’s efforts are also targeted at keeping existing customers with Microsoft. To better achieve this goal Microsoft also created a “Google Compete” team, dedicated entirely to retaining current Microsoft users. The Wall Street Journal reported on this team’s failed attempt to keep Dominion Enterprises, a Virginia company, a Microsoft customer. Dominion Enterprises CIO Joe Fuller chose to have Google Apps setup even after the “Google Compete” team tried to convince him otherwise. The team invited Fuller to the Microsoft headquarters where he received a tour and saw the research lab, roadmaps to current technologies, and inside looks into new technologies. Nevertheless, Fuller still made the decision to switch to Google Apps. According to the Wall Street Journal, Fuller said he made the decision because he felt Google Apps was the “cooler” product and because he would pay $200,000/year for Google instead of $2 million for Microsoft, resulting in a savings of about 50%.

Although both Google Apps and Office 365 are well-known cloud services, there are very big distinctions that separate the two. Everything from user experience, platform variety, and price are different. Because of these differences, Microsoft has found itself trying to play catch-up in order to truly compete with Google Apps in the cloud.