When I write, I want to write quality articles; articles which interest, amaze and inspire. Mediocre content annoy me. If ever I write something which I consider of low quality, I never publish it – I will either review it or scrap it. 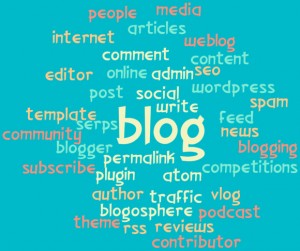 I want to make a difference in the world, be it a small or big difference (I would prefer big) I have to start on a personal scale. If I can improve your life by changing the way you think and feel (for the better), and enriching your knowledge and understanding, then I am doing my job.

I love reading Jonny’s posts every week, they always interest me and many have inspired me to make (usually small) changes in my life and have often caused me to write something myself. Jonny posts once a week, on a Thursday – with the odd exception. Would he be able to post such great content if he posted twice a week? What about three times? I don’t know.

I am not meaning to pick on Jonny, once a week is just great and very appreciated. One day Jonny will stop writing as often, and one day he will stop writing all together. I hope that day is a long way off, and by that time I have no doubt that we will have other writers writing the quality and quantity of content that he writes.

The same goes for me. I get a lot from blogging at the moment, I love the researching and crafting process that goes into making an article, and I also love the responses. But one day I shall probably stop too.

Think about your favourite TV show, how often does it air? Usually (with exceptions) the best shows/series take months to produce and don’t launch every day/week of the year.

Blogging is the same. I want us to post 6 great articles a week. Jonny gives us one of those posts. I am usually able to provide another, and we often get the third from another writer – like Steve, Ron, Alan or another writer. Usually we only post 4 or 5 articles a week, and that’s fine. I would like to post 6, but would rather post 4 quality articles than 6 mediocre ones.

Blogs that post less often, usually don’t have such a great readership. It’s a fact. There are exceptions of course. What would a news site be, if it only published once a week?

If I was able to monetise Technology Bloggers so that I could run it as a business, then I could dedicate more time to it, as it would become a job, not just a hobby. Don’t get me wrong, sometimes we do host the odd bit of sponsored content, to help pay the hosting bills, and fund competitions, but this site is never going to make millions. I am not sure I would still want to blog, if it was solely for money though, so I don’t want to monetise the site.

So, here is the dilemma I have: produce okay content, daily; or produce quality content, less often.

I want to post 6 articles a week, only 3 are provided, who plugs the gap? Usually me. If I don’t I feel bad, as I don’t feel I have fulfilled my duty to the site. If I post the extra posts needed, but they aren’t quite as good as content I have produced before, I am angry that I let the posts go live.

There is a very fine balance which needs to be struck, and I am not sure I am there just yet.

The reason I am writing this is because I feel we had a great 2012, I had a great 2012 as a blogger, especially in the last few weeks. That said, I know my diary for 2013 is already looking pretty full. Friends, family, education, work and recreation all take a lot of our time, and rightly so. However other commitments I have, do mean that I will have less time to write in 2013.

Rest assured, I am not throwing in the towel and am going to continue to do my best to keep us up and running at full capacity, but there is a lot to do.

If you want to help, I am more than happy to accept suggestions. I would love to promote more users to author status, and give everyone more control.

Grabbing the attention of a reader – and keeping it – can make or break a blog. Usually, bloggers become successful and well known within a particular niche not by writing in essay style about a subject, but by approaching and executing a piece of content in a particular way.

Decide on an interesting topic

The first job is arguably the most important and that’s picking about something interesting to write about. Engaging content can come in many different forms, with the most common being interviews, lists, news, opinion, research findings, infographics, cool images and graphics.

Have a catchy headline

Decide on a title that’ll immediately make somebody sit up and take notice as they scroll down a page. There’s no point crafting a brilliant blog post if you can’t get it under the noses of your target audience. Keep it short. Keep it snappy.

Develop your own writing style

Different bloggers have different writing styles – and it’s important to find what works best for you. Don’t just copy the style of blogs you read, develop your own style. Remember, blogs are very personal things – so personalise yours!

Think about your target audience

Before you start writing a piece you should really take five minutes to decide who the target audience is. Ask yourself: who is going to read the article? Why will they want to read this? What’s the ‘hook’ that will ensure this article is seen?

Consider how the information is displayed

As well as being pleasing to read in terms of the content, it needs to be pleasing on the eye as well, so use images, subheadings and short paragraphs. A big chunk of text is likely to put readers off, so make your blog posts as easy to read as possible.

Link to relevant external sources within your blog posts if applicable because this adds value to your articles and acts as a way of recommending other pieces of content that may be useful to the reader. You never know, somebody could link back to your article one day.

At the end of the day these are principles that can be applied to your blogging whatever your niche. 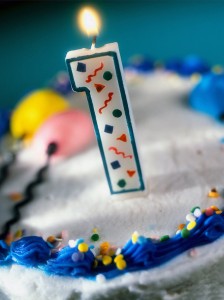