Facebook has an Alexa traffic ranking of 2. Not a very big number is it? If you have never heard of Alexa before, you may think that that isn’t very good, but what it actually means is that it is the second most visited site on the net – the first being Google.com.

This means that these sites need some serious server power to handle the millions upon millions of visitors they get each day. The problem is servers are extremely expensive to buy and run, due to them needing to be kept cool and have a super fast internet connection, both download and upload.

Unfortunately I cannot provide you with a hard and fast answer which applies to each social media site, as they all use different methods, but what I can do is tell you how individual sites like Facebook and Twitter make their money.

On Facebook there are adverts, you may have noticed them at the side of some of the pages. Often they are very well designed to blend in with the theme of the site, so that you almost think that they are just more recommended pages.

These adverts will be potentially get hundreds of millions of views each day. This probably means that they cost a fair bit to buy, so ‘the Facebook Team’ will be cashing in big time on them.

Since Facebook introduced it’s credit scheme last year, a whole host of new applications and offers have sprung up, all giving you the option of using Facebook credits to provide a service (e.g. watch movies on the site) or improve an experience (e.g. level up faster in a Zynga game).

Facebook currently takes 30% of the money spent on credits for itself, and at just over £2 for a movie or 25 ‘farm cash’ that doesn’t really seem that much.

However, with over half a billion registered users, if each user buys just 50 credits (around the price of one movie – £2 ish) a year, assuming the 30% cut Facebook gets, it could be turning over almost £1 and a half billion each year, on credits alone!

With over 400 games and apps where users can go and spend their money, Facebook are sure to be gaining a lot of cash via their credit scheme!

Facebook has recently been valued at a figure of somewhere around £30 billion ($50 billion) but in the future, who knows how high this figure could climb!

Twitter has no ads, so how does it make it’s money? Twitter is a microblogging platform which many users use from their mobile phones. Twitter charges users who update their feed via mobile, and it generates an awful lot of money through this.

Despite it costing mere pence per transaction, often users will update their feed mutiple times each day. Millions of users posting millions of updates, many from mobile devices, every day is why Twitter is now valued at almost £5 billion.

Twitter is still a multibillion pound firm in the making, as I am sure it has may more money making schemes and pans up it’s sleeve ready to launch in the near future.

How do Foursquare make their money? Well a lot of it comes from their recent deal with American Express, in which I believe it is making around the same amount as Facebook per transaction, although it doesn’t have the same sized member base that Facebook has.

Many other sites like Flickr and Bebo currently don’t appear to be making any money, as their founders set out with a goal of improving the web, not making money. However in years to come no doubt these sites too will become as successful and profitable as Facebook and Twitter, that is of course if we don’t all just switch to using the two giants: Facebook and Twitter!

This article has been removed.

To find out why Andy Groaning’s article was removed, please read this warning to all writers and potential writers.

I have decided to restore the articles ‘shell’ but not the content, as there are some really valuable comments here.

A warning to all writers and potential writers

Hello, my name is Christopher Roberts. I am a trustworthy individual. I kindly request you to go to my websites contact page and send me a message which includes: your full name; your date of birth; a list of your best friends; your holiday snaps from last summer; your mobile number; what TV programs you like; where you work; and what you were doing on Tuesday morning.

Silly request, as nobody will do it (at least I hope they won’t) as I am asking for extremely sensitive, private information.

Let me put a different hat on.

Again, you probably wouldn’t do this, but stick with me, I am going somewhere…

Hi there, my name is Mark Zuckerberg and I am the founder of Facebook. What about now, what are you going to tell this massive multinational company? Everything? 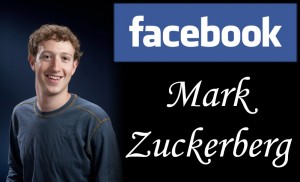 Yes you can set your profile to private, but what does the company Facebook know about you? Pretty much everything – this obviously depends on what you tell it. Mobile phone numbers, holiday snaps, what you ate for dinner yesterday etc. are common things for people to tell Facebook and similar social networking sites, would you not agree?

This sort of data is used in targeting adverts on such sites, so that you are more likely to pay attention to them – is that not an exploitation of your rights?

Have you ever really though about what information you put into Facebook? Yes there are probably laws in most countries to stop Facebook disclosing any of your information, but what if it gets hacked? It’s happened before. Last Wednesdays breakfast may not be that useful, but your name, address and phone number could be very useful to help track you down or set up a bank account in your name.

Who says Facebook has to be hacked, if a rouge employee decides to steel half a million peoples emails, what can you do?

I urge you to seriously contemplate what you tell the internet, as you never know it may one day come back to haunt you.

So what do you think, am I extremely sceptical of social media, or do you believe that we give the internet far too much personal data?