This week the weather has been pretty wild here in the USA, with dozens of people killed by tornados in the Oklahoma area. One of those killed is world renowned scientist Tim Samaras. He was killed alongside his son Paul and research assistant Carl Young as they were doing their rather dangerous job. 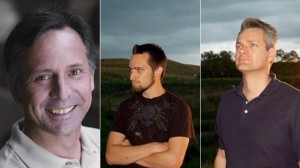 Samaras was a Severe Storms researcher, much of his funding coming from the National Geographic magazine. He might have just seemed like a storm geek to some, but his pioneering work has helped us to predict and understand these types of storms a lot better.

He and his team worked for decades on how to predict where and when tornados would form, so that they could race to the spot and leave their battery of measuring and photography equipment inside the storm.

They developed a probe that took measurements within the tornado itself, helping forecasters to determine where storms may form and to give warnings to people living in its path. The new generation of this probe measures pressure drops within tornadoes, the very cause of the high winds that characterize these storms, alongside other data that can be used to determine the destructive capability of the storm.

The team has also pioneered storm photography, devising a high speed series of cameras that can take pictures from different angles inside the storm. His photography work around lightening has helped to push scientific understanding of the phenomena.

These were not some reckless guys driving around looking for danger as some might think, Samaras was a scientist, a meteorologist, an adventurer and an engineer. His team were experts in their field, highly educated and determined, and they will be sadly missed within their community.

Their approach seems to hark back to a day of science pioneers, Marie Curie dying of radiation sickness through her work on radiation therapy, or Jean-Francois De Rozier, the first ever air crash death as his balloon crashed to the ground in 1783.

The fruits of their research live on today though, as will those of Samaras and his team.

For more information about their work look up their TWISTEX Facebook page.

If you have been following the news lately, you will most probably have seen Airbus popping up a fair bit. I am personally really interested in Airbus, as it is an exciting company which I believe is set to revolutionise the aviation industry. That is why, when I was approached by Airbus, I couldn’t refuse to write an article for them!

Currently the aviation industry is incredibly inefficient. It’s a fact that if you get a plane from London to Dublin, the CO2 emission you would produce would be about 3 and a half times great than were you to use a train and ferry. Flights are also often more cramped, however they are usually a lot faster.

The massive fuel costs not only cost the consumer, but also the environment. Okay, maybe I am being a little unfair to current aviation, but the fact is it isn’t all that good all of the time.

Earlier this month, Airbus unveiled its vision for sustainable aviation in 2050 and beyond. That’s right, aviation which doesn’t have to cost the earth. Airbus says that its plans will create ‘smarter skies’. Remote Heating Control is one of the features of smarter homes, now Airbus are going to generate smarter skies. It looks like technology really is making the future ‘smarter’!

Airbus being a futuristic visionary unveiled their vision for the future of aviation in style, with an amazing 4D projection light show in Berlin. The display started with a simple paper aeroplane and went on to show viewers its vision of what planes of the future would be like. 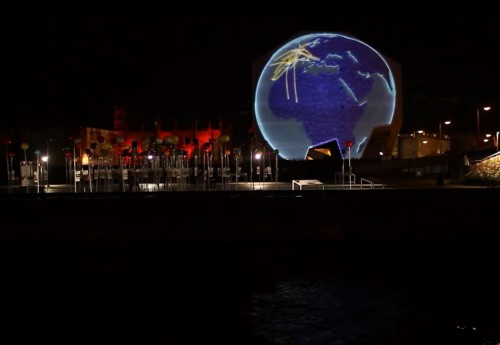 Wish you hadn’t missed the event? Don’t worry there is a video of the show below!

The Future For Air Travel

Planes are also more likely to run on biofuels, which are likely to be cheaper and better for the planet.

Redesigned planes matched with more efficient flying – like flying in certain weather conditions, or in formation with other aircraft to reduce drag (known as ‘express skyways’) – mean that Airbus can predict that aircraft emissions will be 50% of their current levels by just 2050.

Airbus also believe that planes will become more spacious, comfortable and quieter. Airports themselves are also likely to become more efficient, with specially designed vehicles taxing the aircraft to and from the runway, saving immense amounts of fuel.

Aviation is about to get greener, as we move into an age of smarter skies. We live in exciting times, as technology seems to be constantly improving the way we live and our prospects for the future. 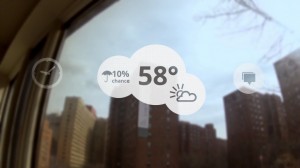