The Universal Serial Bus, or as it is now commonly referred to as the USB, is a port designed to provide power supply or share data between electronic devices.

Ask someone to think about a USB, most people will naturally assume you are talking about a memory stick, which in essence is a super small, lightweight portable hard disk. However don’t confuse a USB port (the holding device) with a USB flash drive (a memory stick).

The USB (both port and flash drive) is something most of us take for granted in modern times, so I thought in this post it would be interesting to look at some of the uses for USBs, and how the USB has evolved over time.

Design prototyping for the USB began when computing was still in its infancy, way back 18 years ago in 1994. At the time the port was being developed by the big players in the computing industry – Microsoft, Compaq, Intel, IBM, etc. These companies realised that there was (at the time) no easy medium which allowed communication through computers. For the computer to evolve, the companies realised that this would be an integral part of the system, as if you cannot share data, options are limited. Do remember this was happening in times before the internet was the global phenomenon it is today.

The first USB was produced in 1995 by Intel. Computers of the time started to come fitted with one or two USB 1.0 ports – although looking back, relatively few PCs were ever released with USB 1.0 ports. Nowadays, USB ports are in most cases a necessity for keyboard and mouse input devices.

The USB 1.0 was a revolutionary product, however looking back, its functionality was limited. Its maximum data transfer speed was 12 megabits per second. Relatively slow. That said, back when it was first introduced, a computers internal hard drive was typically only sized around 256/1024 mb (1/4 of a gigabyte to one gigabyte).

In late 2000, the USB flash drive was released, enabling users to store more data than ever before, by storing things external to their computer. It would be an understatement to say that the USB flash drive was a step up from the floppy disk – it was more of a leap up! Initially, most USBs were typically 8 megabytes in size, meaning that they could hold more than five times what a floppy disk could.

Earlier in the year, the USB 2.0 was released, meaning that data transfer could happen 40 times faster, at 480 megabits per second. Initially some flash drives were designed for 1.0, however soon they were all being designed for the new 2.0 port, due to the increased possibilities.

In 2008, the currently less well known USB 3.0 was released, which is more than ten times faster than its 2.0 brother.

USB flash drives have also improved over the years, and it is now possible to get a USB flash drive that is 256 gigabytes – one quarter of a terabyte. These disks are bigger than most computer hard drives were just a few years ago, showing the extent of the upgrades this technology has undergone.

A 256 gigabyte memory stick would though be useless with a USB 1.0 port as filling it would take almost 2 days (1.98 days) due to the speed of the data transfer. Even with a USB 2.0 port, the data transfer would take almost 72 minutes – more than an hour. Modern USB 3.0 ports could have the job done in less than 7 minutes. That really shows the true scale or achievement and advancement made in the USB industry.

The USB is a crucial component of the modern PC, and is also very important for other devices. It is now possible to power many smartphones and multimedia devices via USB, either through a plug or your computer.

Some people use USB sticks to carry around a portable operating system with them, as it is perfectly possible to load Windows 7 onto a 16 gb memory stick and carry it around with you. 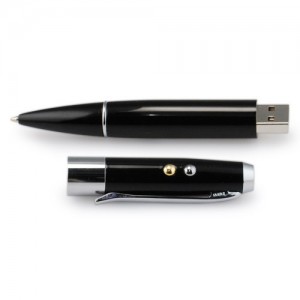 The USB itself is a very flexible (not literally, the board would probably snap were you to bend it) device, with a lot of room for aesthetic variation. You can now get a range of Promotional USB Sticks, which many organisations often utilise, choosing to offer branded USBs as promotional gifts. This is all thanks to the readily available technology and cheap price of the components involved. 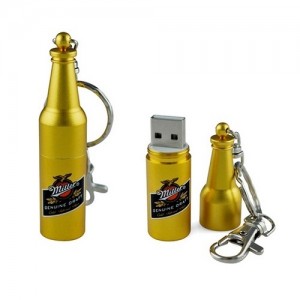 Do you have any funky USB flash drives at home? How about USB ports, have you counted how many your PC has? Comments and feedback below as always 🙂

People who were born after 1990 tend to consider a world without the technology they rely on so much an unimaginable place. However, such a world existed not long ago. In fact, while technology existed a decade prior, it would be considered stone age artifacts by most people today who utilise touchscreen mobile devices and lightning fast desktop computers.

Unfortunately, few people take the time to look back and appreciate the types of devices that paved the way for the popular pieces of technology that we use so often today. Whether it is that massive cell phone from an episode of Saved by the Bell, or the Commodore 64 from 1982, there are many forgotten pieces that were the stepping-stones for modern technology. 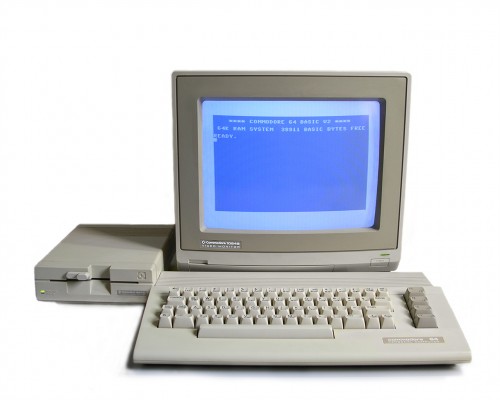 To help neutralise this widespread neglect, the commodore is being re-released with a few modern upgrades. This re-release has been received with high regard by both people from the generation of the original commodore, as well as people from modern generations just discovering its significance.

Below are a few elements of the modern Commodore that people are finding most appealing.

One of the most notable benefits that people see with the release of the modern commodore is the nostalgic aspect it provides. While the hardware specifications have been modernised, the overall look and feel of the new commodore has remained true to its roots. The keyboard keys are the same shape and colour as the original commodore. Additionally, consumers can even play the old 8-bit games that were all the rage back in the heyday of this classic machine.

The new commodore has been equipped with some modern hardware that makes it operational for general use with modern amenities without much trouble. While it does not have the performance capability of an ultrabook, it does have generous processing power with an Intel Atom 1.8 GZ dual core CPU as well as 2 GB of RAM that can be doubled if the consumer wishes for a little more speed. Additionally, there is a wide selection of USB ports available to ensure all of your peripherals can be utilised.

Another beneficial element of the commodore that has attracted consumers is the price. Consumers can expect to pay anything from $250 for the most basic option to $850 for the most decked out model.

The re-release of the Commodore has caught the attention of a wide selection of consumers. From people of the generation that used the first C64 model to play their 8-bit video games, to people from modern generations that are just discovering this important machine. Whether you want to relive the good old days of simple technology or just want a fun conversational piece, the new commodore might be a good investment for you.