As readers might remember, TechnologyBloggers has a partnership with the Bassetti Foundation. The Foundation participates in several European Union funded projects, and as I was learning about one of them, I discovered a connection with the city of Utrecht where I live.

One of the projects (MOSAIC) is funded through the EU Mission on Climate-Neutral and Smart Cities (Cities Mission), which aims to deliver 100 climate-neutral and smart European cities by 2030, while paving the way for remaining European cities to become climate-neutral by 2050. It works on a bottom-up approach which requires the participation of the entire local ecosystem and support from all governance levels.

It turns out that another project funded through the same mission is called IRIS, and one of the IRIS Project pilot Cities is Utrecht where I live, and so I went to see one of them, a smart pedestrian crossing with sound, air quality and traffic speed monitoring. Not only that but the white strips in the road actually light up as you approach and lights on the tops of the poles change colour according to the traffic situation creating the bright lit up crossing area in the photo above.

The crossing project takes in more of the area around it, with new street lights that can be dimmed or brightened and collect more data on the weather etc. The project was developed with the local population, the idea being that the local governance and urban management systems work with the people who live in the area to build and maintain the infrastructure that they feel they need.

The mission presents a unique and unprecedented approach to the goal of climate neutrality. This new demand-led approach brings together all key stakeholders within a city, as well as the respective national/regional governments and the European Commission to work towards the same goal. The Climate City Contract provides a novel tool to ensure that all key actors – local authorities, private sector, academia, citizens/civil society – will work together towards the same ambitious goal via a joint strategy. The multi-sectoral and multi-actor dimensions will be key for the mission’s success.

The Cities Mission is therefore ideally placed to engage European citizens and stakeholders in the pressing global challenge of impending climate change, as it focuses strongly on the places where most Europeans live, work and move. While the overarching ambition of the mission relates to the issue of mitigating climate change, achieving success within this mission requires not only significant technological innovation but also a paradigm shift within the public sector, on local, regional, national and European levels, regarding the inclusion of the general public.

Check out the links in the article and the photos and video. A Rainy night in Utrecht. 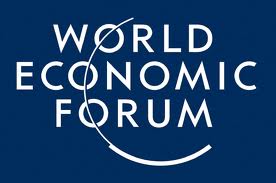