What do you think about machines that think? Or should I say machines who think? That is the 2015 EDGE question.

Edge.org was launched in 1996 as the online version of “The Reality Club” and as a living document on the Web to display the activities of “The Third Culture”. What is the third culture? Oh to put it in their words.  ‘the third culture consists of those scientists and other thinkers in the empirical world who, through their work and expository writing, are taking the place of the traditional intellectual in rendering visible the deeper meanings of our lives, redefining who and what we are’.

And members (Edgies) have been responding to an annual question now for some time.

What should we be worried about? What is your favourite explanation? How is the Internet changing the way you think? What will change everything? You know, just regular questions. OK big questions.

And this group contains a lot of famous names. Well this group is made up of famous people is a better description, from many walks of life, and so the answers are extremely interesting. Go and check a few out on the website.

“In recent years, the 1980s-era philosophical discussions about artificial intelligence (AI)—whether computers can “really” think, refer, be conscious, and so on—have led to new conversations about how we should deal with the forms that many argue actually are implemented. These “AIs”, if they achieve “Superintelligence” (Nick Bostrom), could pose “existential risks” that lead to “Our Final Hour” (Martin Rees). And Stephen Hawking recently made international headlines when he noted “The development of full artificial intelligence could spell the end of the human race.”

But wait! Should we also ask what machines that think, or, “AIs”, might be thinking about? Do they want, do they expect civil rights? Do they have feelings? What kind of government (for us) would an AI choose? What kind of society would they want to structure for themselves? Or is “their” society “our” society? Will we, and the AIs, include each other within our respective circles of empathy?”

So how close are we to these predictions, dreams and nightmares? There is plenty of stuff on the web to feed the interested, and surely enough developments will surely move in that direction. Last week we learned that a computer can work out aspects of your personality thanks to your social media use (see the post here). But intelligence? Computing variables is not intelligence.

And can we say that learning is intelligence? Computers can certainly learn, but can they think? Can they reason? What does it mean to think? To make a decision based on what? If the decision is based on experience then to some extent it is a calculation, or a computation, and if that is the case then a computer can think.

So back to the question. What Do You Think About Machines That Think?

Noel Sharkey is a Professor at Sheffield University in the UK, and he has just written an article for CNN. He is interested in robotics and artificial intelligence, and he is leading a call to ban the development of “autonomous” killing machines.

We might be thinking about a killer robot here, and as many will know there are already plenty of unmanned systems in operation. Drones are very much in the press, but they are flown by a pilot and the decision to kill someone is taken by a human, even if they might be several thousand miles from the action.

But Sharkey is concerned about the future development of systems that can be programmed for a task, but then autonomously make decisions during that task. He does not believe that a computer can make the types of decisions necessary in warfare, or at least not with morality and judgement. 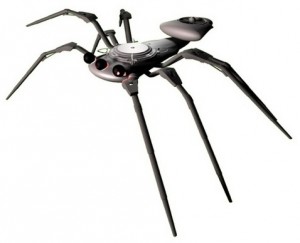 There are 2 real sides to the argument about robotics in war. One states that mechanization of warfare would lead to less casualties, more precision, less danger for the troops and all in all a cleaner fight. There would be no more massacres of civilians because a soldier takes retribution for an unrelated attack, fewer accidental deaths etc.

But on the other side we are talking about machines making decisions that should incorporate humanity, such as how many deaths are justified for a particular objective? Is the death of an individual really of strategic advantage? What if the machines malfunction, or are taken over by hackers? Who can be held responsible for their actions? And aren’t we more likely to go to war if we can send machines and leave the boys at home?

All of these arguments are fought over within the robotics community, but we should remember that we have already travelled some way down the road of computerized and mechanized war. Anti aircraft and missile defence as is being deployed in Asia today is no longer a mechanical affair, they are computerized systems that all but fire themselves, and they certainly do not require a person to aim them like in the old films.

Bomb disposal robots, unmanned vehicles and the likes are already deployed, mechanical spider troops that really do bring the idea of cyber war to the modern scenario are under development as this article explains.

One problem is that of foresight, how can we make legislation today when we do not have any real idea of how and how much technology will advance in the foreseeable future. Also this type of robotics often comes from or aids other developments, such as the robot surgical machinery that I reviewed in a previous post. Infiltration and influence is everywhere.

If you would like to get an idea of how far we have come in terms of movement, take a look at this BBC video. A Boston company has produced a robot for military use (testing chemical suits) that moves remarkably like a human.

I have also written a couple of articles covering this issue on the Bassetti Foundation website. Read this article about recruiting robots for combat for an overview and follow the links.

Here you will also find an interview with robotics professor Ronald Arkin in which he describes how looking for funding lead him into designing robots that were paid for by the US military. They are of course the largest investor, a rather sobering thought given the current state of University funding.