Many of you reading this blog will have a printer next to you as you read this and you will also have probably bought an ink cartridge at some point. But have you ever wondered why a lot of modern printer cartridges have chips?

Ink tanks are those that just there to hold the ink, they don’t usually have any circuitry, they just plug into your printer and the ink gets fed to a print-head. Ink cartridges usually have a print-head built in and are sort of the ‘all-in-one’ of the printer world.

It is the printer cartridges that have print-heads built in that usually have chips or circuitry on them. They do so for a number of reasons… 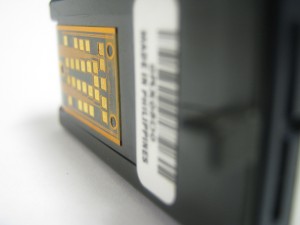 Primarily in this type of cartridge they are used so that the printer can communicate with the built in print-head and are necessary for the printer to work. As well as this they communicate other things to the printer such as ink levels.

This is were a lot of people run into trouble, it can be very frustrating when your printer starts telling you that the ink levels are low but in fact you know that there’s still some juice left in there! This is due to the fact that the cartridge doesn’t actually know how much ink is in the cartridge, it just counts down how many pages you have printed.

Another way the chip is used is to, in some cases, stop the cartridge being re-filled by third party companies. Some manufacturers just simply don’t like people re-using their cartridges as this usually means a loss for them, so once one of their cartridges runs out of ink, the cartridge will remember that it has no ink in even if it has been re-filled.

So that little chip on the bottom of your cartridge does a lot really… both good and bad. If you wish to learn more about printers and ink have a look at the blog of the firm I work for, which can be found on our printer cartridge site. 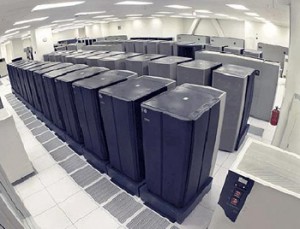 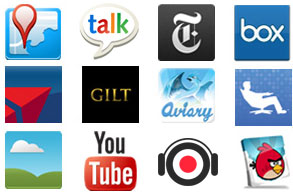