Hands up, who’s ever heard of an Airwheel? Okay a few of you at the back… oh no you’re just scratching your heads.

Okay, take a look at this. 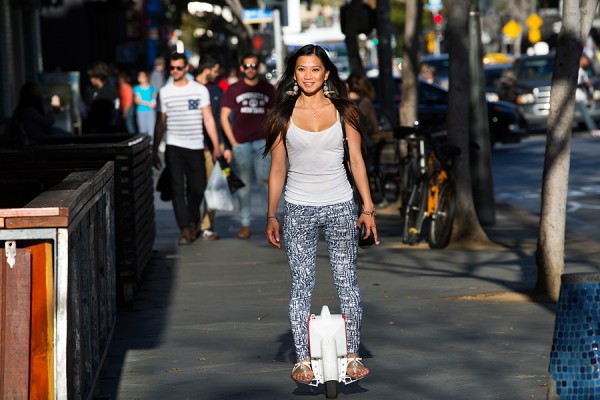 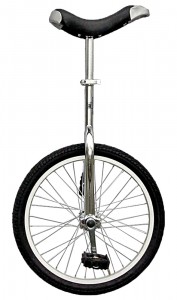 What most people think of when you talk about unicycles

I am of course referring to the ‘gadget’ not the lady who is standing upon it.

That device (or ‘gadget’ as I just referred to it) is called an Airwheel. That’s how I describe mine to people now. Self-balancing motorised unicycle was a bit of a mouthful and it often gave people who hadn’t seen one the wrong idea as to what I was riding – I’m not training to join a circus!

To be precise, the lady in the above picture is standing (well, strictly speaking she is balancing) on an Airwheel X5; a 10kg model with a 500 watt motor and a 14 inch tyre. Airwheel being the brand, X5 the model.

I’ve recently bought myself an Airwheel and as a technology blogger I feel it’s my duty to put it through it’s paces, and then write a review on my findings. That’s not this post though, the review is coming out next Monday. Today my plan is to break you in gently to the Airwheel concept and technology.

As I’ve already mentioned, Airwheel is the brand and there are many different models of Airwheel. They mainly make devices like the one in the picture above (right at the top, not the one of the traditional unicycle!) but they also make a Segway style rover and a skateboard type transporter – called the Airboard.

The model I have bought is a two wheel Airwheel Q3 – also known as the Mars Rover. Strictly speaking having two wheels means it’s not a unicycle – so it’s a bicycle, or a ducycle, but there isn’t any cycling involved so… I don’t really know what it is!

How Does An Airwheel Work? 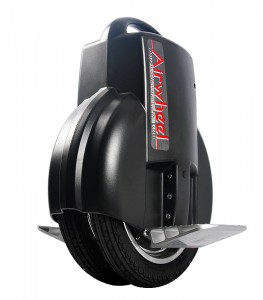 The model I own – the Airwheel Q3

You may be wondering, what is the technology behind the Airwheel? Well it’s actually reasonably simple.

The computer chip (which is tucked away safe from water and dust in a compartment inside the unit) uses information it gets from its sensors to keep the device level by moving the wheel(s). If the user puts pressure on the unit in a forwards direction (by leaning forwards and pushing their toes towards the floor) the device moves forwards. To slow down they then push down with their heals, which reduces the speed and can even enable you to reverse!

Here is how Andy from Airwheel Direct describes the technology:

“A computer control board constantly monitors the state of the Airwheel and it’s position relative to the ground, it uses this information to control the brushless hub motor and keep the unit upright. Leaning forwards on the foot plates begins to tilt the Airwheel and therefore makes the wheel rotate to keep it underneath your feet, the result being forward motion. Turning is achieved much like a bicycle by leaning left or right. The more you lean, the tighter the turn will be.”

In one word: very! You can travel forwards and backwards on them at up to around 11/12mph. Once you get the hang of it you can travel over grass, gravel and mud, turn in very tight spaces and jump up and down steps and curbs! Want proof? Here is a (bit of a daft) video of me, pushing my Q3 to its limits.

You may be shouting “don’t break it!” at your screen, but don’t worry, it’s pretty durable. I’ve fallen off mine whilst testing the limits several times – no broken bones, yet! – and it still works; like new. As you may have been able to pick up from that video, I’ve covered mine in foam and then Gaffer taped it on. The only reason I have done this is to protect the casing. When I first took it out I fell off once or twice and as the unit fell over it scuffed itself a little. The foam now takes the impact instead – although I seldom fall off nowadays.

That’s it for this article. I will be doing a full review of my experience of the Airwheel Q3 next week and will be deciding is it any good, and if so, is it worth what it costs.

In the meantime, if you are interested in finding out more about Airwheel and the different models, check out Airwheel Direct. I’ve been given an exclusive discount code for Technology Bloggers, if you enter TB5 at the checkout it will get you 5% off all models.

10 thoughts on “Airwheel – a self-balancing unicycle”