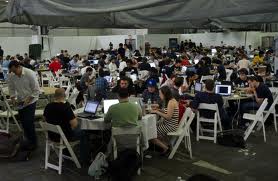 2 thoughts on “Hackathon Season is Upon Us”