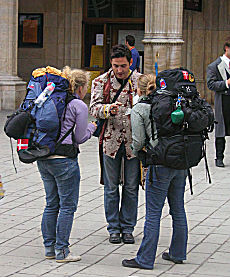 In my work at the Bassetti Foundation I have written extensively about food, its production and how technology has entered and continues to encroach on everyday provisioning.

I wrote an article about how milk from cloned cows entered the food chain last year, and then how some cloned cows went missing in Scotland, probably ending up at the butcher’s shop and on to somebody’s table, but this week I let you in to a story that goes much further. 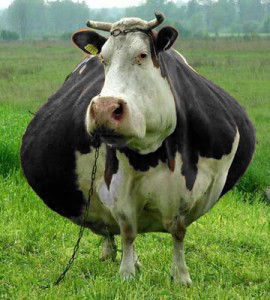 Scientists in Holland have managed to grow meat from stem cells and later this year aim to have enough to make a hamburger. I don’t know if they plan to eat it though, it will cost about $300 000 to produce. Although this sounds abhorrent as well as quite expensive, they have good reason to try it. Many experts believe that current food provisioning techniques are non sustainable. As the population grows more people require more food, but leave less land to use in its production, and this presents one problem. The second issue is that large scale meat production is one of the biggest carbon producing industries on the planet.

Meat production is also physically very damaging for the environment, there have been many articles written about beef production in Argentina and Brazil causing problems for the rainforests. Meat production is also inefficient. In order to produce meat (for example beef again) you need to feed up a cow, and cows eat a lot. The protein gained from the cow is equal to 15% of the protein it eats, so you have to feed a herd of cows 100 tons of protein for every 15 tons produced.

So could this new type of production help feed the planet? It will certainly have to overcome a few hurdles, production price will have to come down obviously and I imagine protests and general dislike of the idea, but OGM is everywhere nowadays (unmarked in the US I believe) and you can get used to anything if you try. The point is that it can be done, the technology exists and once done on mass it will be done cheaply.

If you are interested in learning more take a look at the article on the BBC website, my interview with Prof Andrew McMeekin of the University of Manchester Business School on the subject of food provisioning and my other meanderings on the Bassetti Foundation website.

Facebook is again in the press, this time about its proposed sale, or if you like the sale of the data it has collected about you and me, but Christopher addressed this issue in a post a couple of weeks ago, and I would like to raise another issue involving the mighty corporation.

Facebook state that they have over 800 million registered users, and that more than half of them use their account on any single day. Incredible stuff, it seems they have a lot to sell, but here in the US several states are trying to tackle a serious ethical and moral issue, what happens to their data when users die? 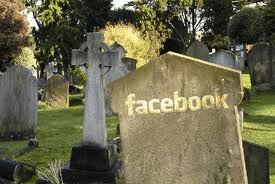 What happens when users die?

In the world about one person in every 113 will die in a year, obviously Facebook is generally used by young people who are relatively rich in that they have access to a computer, so this rate would be much lower, but even taking that into account thousands of Facebook users must die every year.

And that leads me on to the point of this, one of my more morbid posts. If these people haven’t made a will or named a benefactor for their account, what happens to the data? The current legal state of play is this; in the event of a user’s death their next of kin does not have the right to alter or take down their Facebook page. Obviously if they were in possession of the deceased person’s password they could do it (although it might be illegal to do so), but without this information they have no way of removing the data.

This is not only a question of privacy, but also of tact. Many families suffering bereavement do not like to see the deceased’s Facebook page open to the world, or even worse see the photo of their loved one in their ‘friends’ every time they open their own Facebook account. The issue is being addressed in the US with several politicians pushing for legislation that would allow family members access to deceased people’s pages, and Facebook do have a policy on freezing the accounts of dead people but it is a painfully slow process. They require death certificates and other documentation all of which takes time and is probably a very unpleasant experience.

The NC Times and Wall Street Journal both carried articles this week about a young man who posted a picture of himself with a gun in his mouth before commiting suicide and the problems his family had getting the photo removed. It remained for some time and caused a great deal of distress to many people.

On a slightly lighter note you might like the idea of life after death, and fortunately now you can have it, with the new ‘digital afterlife Facebook application’ called If I Die.

Yes you can post on your wall directly from the grave (preparation required while still in life) and communicate with your friends here back on Earth.

I have written about Facebook on a couple of other occasions regarding what I see as far from clear privacy rules, and you can read them here and here if you are interested, and you can download a free will and testament here if you feel you need it.

Here is a short report on the BBC website reporting on the problem.