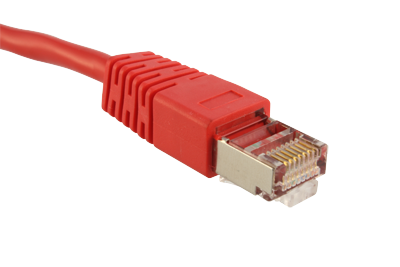 Technology Blogger has had many articles about broadband speeds, superfast internet connections, and how the general trend is that global internet speeds are on the rise, but the question is, why is that important? Why do superfast speeds matter?

So superfast broadband means that we can do things faster, we can download and upload content quicker than we used to be able to. But that does that mean?

Faster internet speeds mean that you can be doing more things at once on the internet, with less lag or jitter. You can be on an online game, whilst streaming the radio, and in the background sending emails, all at the same time! You can have more internet hungry applications running at the same time, and the speed of your activities (providing you have adequate processing power) should be the same as if you just had one activity going on.

Faster internet speeds will allow for smother internet calling, with less lag and better quality. You will be able to chat with friend across the globe and stage a conversation as though they were there in the room with you. VoIP will be significantly improved, as faster speeds meant that the media you are sending out is of higher quality, and the stream you are receiving is better too.

Such improvements could significantly benefit businesses, as VoIP can significantly lower the cost of holding meetings with fellow colleges based in different locations, thanks to better, more affordable online conference calling.

Furthermore, improvements in internet call quality can make remote working more viable, meaning that employees can spend more time working and less time commuting, thanks to them being connected all the time. This can save time, money and office space, as more employees are able to work off-site.

Improvements in Healthcare and Education

As Rashed suggested in his recent article (Five changes in video conferencing for the next decade) improvements in internet calls could lead to an improvement in the provision of telemedicine, meaning that the best doctors can help patients from across the world.

There is also similar potential for education. The best lecturers and teachers will be able to educate far greater numbers of individuals from across the world, thanks to faster broadband speeds. Improvements in such technology could be very beneficial for those living in isolated communities.

Cloud computing has huge potential to cut costs, improve efficiency and improve data security, and superfast broadband makes it more viable! With faster broadband, more and bigger files can be stored in the cloud, meaning that files are less likely to be lost if one device fails, and are more likely to be accessible from any location.

Streaming media from across the internet is smother, faster and more seamless with faster internet connections. You can watch online videos with less buffering, or even in high definition.

Furthermore, internet TV and other similar services become more viable than ever before. In the last quarter of 2011, Virgin Media reported profits of £48 million, which it is believed is mainly down to faster broadband speeds encouraging more users to user its TV and internet services.

Every day thousands of new people around the world make the leap and go online. For every extra person on the internet demanding resources, the whole system slows down a little. However with superfast broadband, more people can be online with less of an effect on speeds. In large offices, more employees can be connected, with less of an effect on the speeds received. This is also true in households, more people can be downloading media, whilst it not affecting others on online games.

Superfast broadband is very important and is revolutionising the way we do business and live our lives. The question is, how fast is your broadband speed? Are you likely to benefit from the things I mentioned above, or do you need to think about switching provider? Try testing your broadband speed and comparing it to what you are paying for; could you be getting a better deal elsewhere?

There are just 15 days to go before Christmas now, and I am a little behind on the old Christmas shopping – this one seems to have crept up rather quickly! 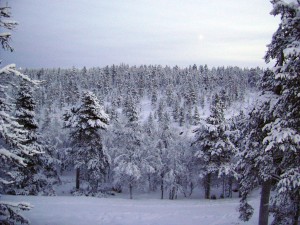 To get in the festive spirit, Technology Bloggers is now experiencing snow showers! Its winter (in the northern hemisphere at least) and in winter, it snows, therefore I thought it appropriate to let it snow on Technology Bloggers.

To create the snow, I am using a very clever little plugin called: Let it snow!

Let is snow! is a really easy to use and customise plugin. Just install the plugin via WordPress (or download it and then upload it to your site) and then click ‘Activate’. You then get snow on your blog, and it is that easy!

The plugin also creates a useful and really easy to use settings tab. Just look down the left hand side of your WordPress menu and find Let It Snow! There you can customise things like whether the snow follows the mouse, sticks to the bottom of the screen, how much snow their is, etc.

Why not give it a go on your own blog, its easy to do, and doesn’t actually appear to affect the performance of your site very much at all!

Merry Christmas everyone, stick with us for a fantastic future 🙂