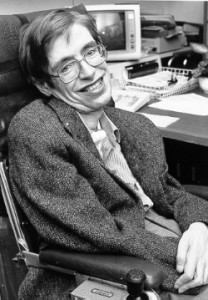 As there are now just a few days left in 2012, this is going to be another fun/festive post 🙂

Last year I explored YouTube’s most popular 10 videos in the UK for 2011, and it turned out to be an enjoyable post to write, (and hopefully also to read/watch) so I thought I would do the same again this year!

In 9th place, is the The Nick Clegg Apology Song, as created by The Poke. Mr Clegg (leader of the Liberal Democrat party) made a political party broadcast in September of this year, apologising for breaking his promise about not raising university tuition fees. The Poke then used Autotune along with some video editing, to make a very funny apology song out of Mr Cleggs speech.

Pop/Opera duo Charlotte & Jonathan, came in an impressive 8th place, with their video which has received over  25 million views since March this year. The video is a recording of their performance on the TV show, Britain’s Got Talent, a show which they untimely finished second. Check out their video here.

The 7th most popular video in the UK this year was Felix Baumgartner’s jump from space. Felix broke world records as he jumped from over 24 miles above the earth, landing safely after a reaching a maximum speed of 833 miles per hour!

6th place was taken by the fantastic market trader who had a ‘£1 Fish’ song. Songs seem to be doing pretty well this year in terms of trending on YouTube! The camera man asks the market trader to “Do your fish song for me…” and the trader starts a fantastic song in order to try to sell his stock. Again, this is a must see 🙂

There is also a remix done by The Poke (the same people who made the Nick Clegg apology song) which is also worth a watch.

asdfmovie4 was 7th on the list last year, and the next edition of the comedy animation was sure to be a hit too, which it was with asdfmovie5 taking 5th place on the 2012 list.

4th place was claimed by Lucy Spraggan’s audition on the X Factor. She sung a song she had written called Last Night, which the audience loved, and became an instant hit!

A cover of the song Somebody That I Used to Know took the bronze medal position, coming in third. The band Walk off the Earth did a cover of the Gotye song, which involved all five of the band members using the same guitar to play the song. It was very clever and a pretty good song, hence why it was a major hit.

KONY 2012, a video by a US activist group about the use of child soldiers took third place. The video is almost 30 minutes long, which is pretty impressive considering how popular it proved. Its popularity was probably due to the emotional impact it had on people.

Now for the big one, the video that was top of the UK list and top of the global list. The video which is now the most watched video on the internet. The video which became popular in the shortest amount of time. The video which had spread around the world in just a few weeks. That video is Gangnam Style. If you haven’t seen it, or heard it, you are among a select few! Earlier this month, the video by Korean artist Psy, made YouTube history, topping 1 billion views! The video has been rated millions of times, with over 6 million likes, and around half a million dislikes.

So that’s it, the 10 most popular YouTube videos of 2012. In memory of the great videos that have trended this year, YouTube have put together a fantastic compilation video, which includes references to loads of the websites popular videos this year, or as YouTube put it: “We invited some YouTubers to star in a mash-up of culturally defining moments of 2012. Can you spot all the references?”

If you have seen all of the above videos, it is great fun to watch this YouTube 2012 mash up.

If you are interested, here is the global top 10 trending videos of 2012:

What was your favourite video of 2012, and which video(s) do you feel had a major global impact?