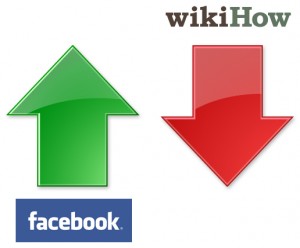 You can also share us around your favourite social network sites.

At the top of each article you can find loads of social media and sharing buttons – the buttons circled in red in the image below.

And don’t forget, you can also get to our various profiles by clicking on these images on our sidebar