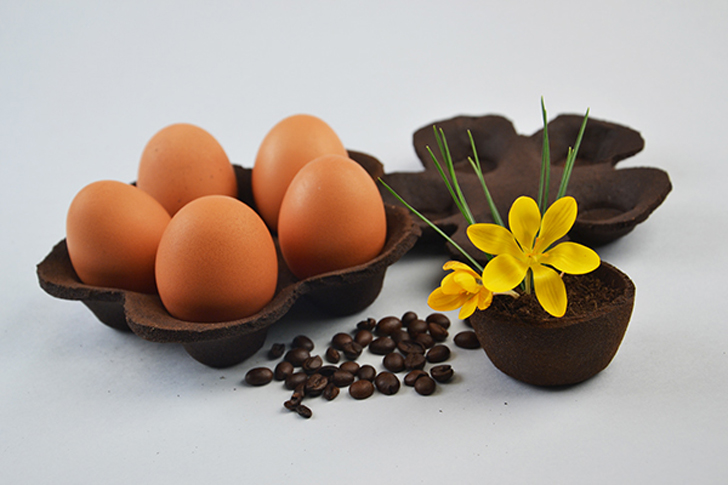 3D printing is great, but it does have its downsides. Take a look at this article for example, it gives some idea of possible applications and uses for the technology.My colleague Christopher wrote that one, and it is a joy to see some young and optimistic blood writing about technology. As an old pessimistic dog however, I cannot overcome my cynical streak. Check out this article that I wrote about possible negative effects upon health related to 3D printing.

Anyway, on a blog with the grandeur of this one there is room for everything, and today I am going to dive into the abyss of optimism!

Now when we think of 3D printing we often think of small plastic models, and we all know that plastic is a problem for the world. It is cheap, does not degrade, you cannot get rid of it, it washes into plastic floating islands and it’s made from oil. But 3D printing offers much more than plastic models today.

A Dutch design company plans to use special robots to 3D-print a steel bridge across the Amsterdam Canal. A company called MX3D, which specializes in using robotics to 3D print, and Dutch designer Joris Laaram are behind the project. You see these kids can print with metal, as can the people who supply parts for Boeing, and use is far more common that we might imagine.

But MX3D go one better. They can print metals in position, so not in a lab or workshop but wherever they want, outside, in the open air, or over a canal. So they have robots that can build a bridge on site using 3D printing technology, as they sit on the half constructed bridge.

But that is not the end of it, of course. Printers can also use recycled products to produce artifacts. Plastic is a simple idea, but what about other materials? What about food waste? Well obviously you can.

Italy-based designer Marina Ceccolini is doing some experimenting in the field. Inspired by the rigidness of a dehydrated tangerine peel, the designer began creating her own potential 3D printing material called AgriDust. Ceccolini’s AgriDust is made from foods found in her local landfill: everything from coffee grounds to peanut shells, orange and lemon peels, tomato skins, and bean pods. Held together with potato starch Ceccolini believes that using a paste extruder, the material could be 3D printed into new objects. The 64.5% waste/35.5% binder composition could, the designer proposes, limit the plastic waste generated by 3D printers.

Now Check out this article, it describes everything and includes an interview with the designer.

One thing that comes to mind however is the problem of allergies. Can you make something that contains nuts? I doubt it. But the idea sounds really promising to me. And I certainly look forward to watching the bridge go up, it’s just down the road (or canal) from here. 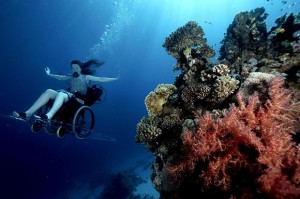 This weekend I had a very interesting experience. I tried out a few million dollar’s worth of robotic surgery equipment. 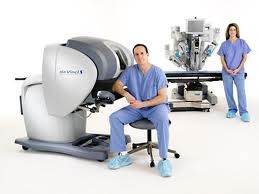 The system I tried out was designed and built by da Vinci Surgery, and is in use at the Brigham and Women’s hospital here in Massachusetts. The hospital states that over 600 operations have been carried out since 2007 when the technology was introduced without need for further more invasive interventions or serious damage to any patient.

Imagine that you sit in front of a 3 dimensional image and control robotic arms with your own arm and finger movement. The arms are about as thick as pencils, and as there are 4 arms on each robot two surgeons can work together. 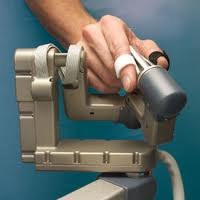 The great advantage is that instead of having to make a large cut so that the doctors can get their hands in, the robot makes 5 tiny cuts for the arms to pass through. There is a camera so the surgeons can see inside and they can proceed at a safe distance.

Healing time is cut down, less blood loss, less possibility of infection, less post operative pain and very little scarring, there are many advantages to this type of approach. The machinery is very easy to use. My 7 year old son could take tiny elastic bands off a test bed and place them round objects about the size of the end of my little finger, at a distance of 3 metres!

One issue is however that some people are dubious about a surgeon operating using this type of machinery, they might feel that a hand is better then a robotic arm. Having used one (not on a patient I grant you) I personally would not have any problem accepting a procedure of this type.

Robotic surgery makes us think of computerized machinery with Kraftwerk type movement and voices, but this machinery is nothing of the sort. It handles like an extension of your own body, the movement is very real and precise and in some ways the robotic arm is easier to manipulate than a human counterpart. It can turn 360 degrees upon itself, has full rotation capability and the magnification makes the process seem easier. I was shocked when I saw how small the area was that we were working on.

A training program was also on display, a series of tests to improve performance and present each operator with a score. A skilled operator can tie a knot in a piece of string or link tiny elastic bands together that would be extremely tricky using human fingers.

Below I have a series of photos and here is a link to a video showing an actual procedure so stop reading here and skip straight to the comments section if you don’t want to see them. 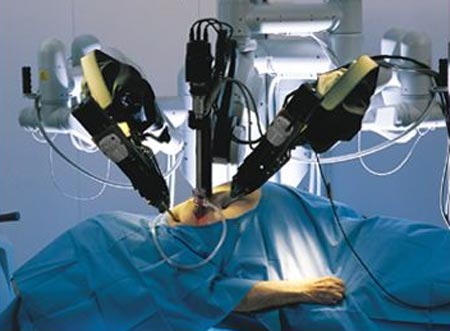