As a follow on from my post about genetic testing last month, I would just like to point community members towards a story that is just breaking here in the US.

The New York Times carried a story on its front page on 7th June in which it reported that an unborn baby’s DNA was sequenced with 98% accuracy using just the mother’s blood and father’s saliva. The testing was done when the fetus was 18.5 weeks old. The accuracy was tested after the baby was born with a full sequence conducted on blood taken from its cord. A second experiment involving blood taken from a mother much earlier in the pregnancy (8 weeks) showed similar results although slightly less accurate. 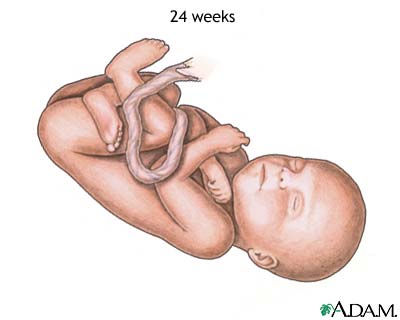 In purely practical terms the authors point out that this system of testing for genetic disease is completely non-invasive, and this will save the lives of many unborn children. Presently amniocentesis or chorionic villus sampling are the preferred means for conducting tests for genetic disorders, but these techniques lead to the loss of the baby in about 1% of all cases as they both require the insertion of a needle.

The ethical implications of such a breakthrough are being widely discussed however. Much of the debate revolves around the idea that parents may choose to abort a fetus because it may not carry the traits they desire, and not only in terms of possible genetic diseases. We all know about the problem of female fetus abortion, and here we are introducing an entire matrix of more or less desirable features. There is also a serious problem of false positives, as some mutations were missed in the experiment and other positives given that at birth were found not to be present.

An argument that recurs involves the identification of diseases that may affect the individual in late life such as dementia. What kinds of decisions are parents of unborn children likely to make if they are told that it carries a mutation in a gene that raises its chance of getting cancer, or dementia or any other typically later life problems?

In this world of information however I imagine that there will soon be a market for such tests in the style of 23andMe, and as the price comes down many people will want to see the probable health future for their unborn children, as well as whether they will be tall or short, blond or brown or have blue eyes. This will have practical consequences for society.

If the model follows the existing 23andme path of offering statistical analysis of the chance of developing diseases in life the problem becomes even more complex. What might the effect be of telling the parents of an unborn child that it has a 40% increased possibility in developing for example Alzheimer’s disease? How can these statistics be analyzed and how will they be interpreted?

And what might the consequences be for an otherwise healthy fetus that finds herself caught up in statistical gambling?

2 thoughts on “Sequencing the genome of unborn babies”