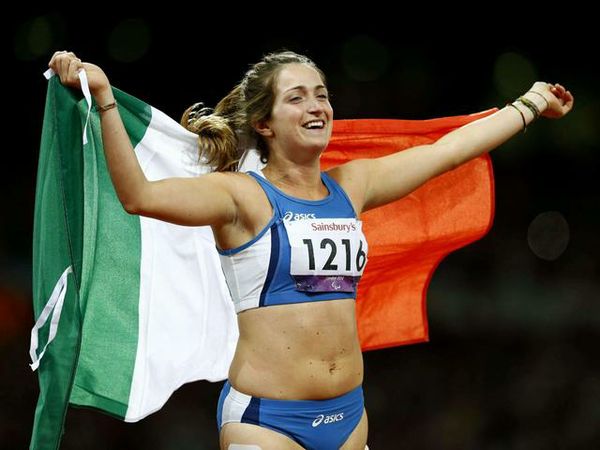 Last weekend I had the pleasure of talking to the Italian paralympian Martina Caironi. For those of you who might not know her, she won a Gold Medal in London in the 100 mtr T42 category in a new World Record time, Gold in the World Championships in the long jump and again in the 100 mtrs, and just last month took the World Record over 200 mtrs. This is her in the photo above, she is the fastest para-athletic woman on Earth.

I have long had an interest in prosthetics and the borderline between human and machine. Readers might remember the review of the film Fixed that I wrote last year, and some may even remember my first post here about elective amputation in favour of prosthetics.

So as you might imagine I had a lot to ask. Regarding where the human body ends and the prosthetic begins, Martina told me that the question is very much down to your own point of view. She said that she knows where her prosthesis is without looking, so it seems very much an extension of her body. She can stand on one leg. You would not even realize she was wearing it if you saw her walk across the street.

I wonder whether it actually becomes part of your body though, but I am not sure that this is the case. She explained that you have to learn how to use it, how much you can push without causing injury, and a great deal is down to the quality of the prosthesis. It definitely seems to be an instrument for her.

We also talked about parity between para and non para athletes. She said that in the UK there is parity, and the races have prizes. This is not however the case in all countries, and she gave me some examples where the race organizers “don’t even pay your hotel bill”. This was a debate that really took off in the UK after the London Olympics and Paraolympics. It was noted that gold medal winners in the Olympics go on to make a lot of money through sponsorship, but that paralympians do not always have the same opportunities.

If you search the Internet you find many examples of countries that offer the same prizes to both sets of athletes, but you also find articles that explain that paralympians are paid less because the governing bodies find it difficult to raise the same amount of sponsorship. I am pleased to say that Martina makes a living from her athletics today, and rightly so given her dedication.

If you would like to watch Martina winning her gold medal here it is.

I should tell you that I have known Martina for some years, she was one of my students when I was an English teacher in Italy. She lost the bottom half of one leg in a scooter accident, and for a while was on crutches as the wound healed and the prosthetic was prepared. The fitting process took some time, and was uncomfortable when it was not quite right, so we are dealing with a precise instrument that has to be well fitted. While running she uses a blade, if you are interested in learning how they work take a look here.

Most of Martina’s interviews that we find on the web are in Italian, which doesn’t say much for her charlatan English teacher, but one of the things that she maintains is that sport gives people who have lost some mobility the chance to push their limits. Instead of accepting limitations, it pushes the athlete into going ever further, acting as a positive force for well-being. It has given her the possibility of experiencing things that many of us might dream of, with the fortune of having access to such technology through a fine center of excellence here in Italy.

Readers might also want to take a look at the Robohand website. They use 3D printers to make prosthetics, and recently unveiled a project that aims to commercialize a prosthetic leg. I think this type of technology could bring vast improvements to the prosthetics world.

I also urge you to read this article by Erin Strait that is a free download. It describes the development of artificial legs in developing countries, the materials used and the costs. Some solutions are ingenious and not costly. See below for an artificial leg made from used bike parts, they cost less than a dollar each to make. 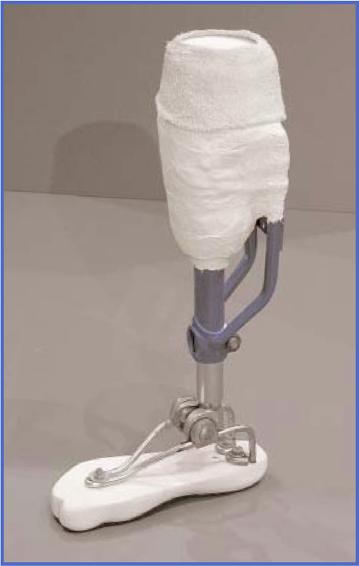