If you are an Android user, sometimes you may be frustrated with the low performance of the device. Especially when you are loaded with lots of apps and media files in your Android mobile, the chance for reduced efficiency goes high. Super Speed is an Android app that helps you right on this situation!

As many other apps in the store, Super Speed may not have the best of screens and features visually visible outside. The app shines where your device is in trouble with loaded cache memory and slow performance. It almost works on the background and keeps your device as a real “smart”phone. 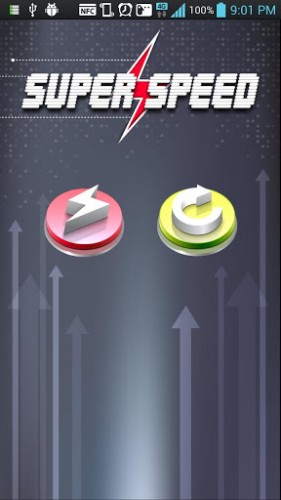 The first tap on the app takes you to the one and only screen where two buttons are shown to activate the app working and deactivate it. If you activate Super Speed, you will be notified with a simple pop-up message followed by the confirmation. As said, you may not see any further graphics or performance charts from the app, but it should be working behind making your Android device faster!

Once you activate the app, you can simply tap on your home screen to add the Super Speed widget. I am sure there will not be any differences on your devices for the initial few hours, but the app started showing some good results after few hours. The only let down is there are no measuring arrangements on how the device improvements are working! 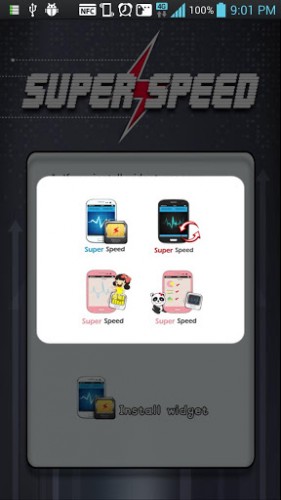 There should be some screens that show the memory usage, processor speed and active applications, etc. Some of the competitors of Super Speed clearly showing these features, only the improvements in the speed or memory won’t work in big time! This is a downside for the app, but the effectiveness in the output is highly appreciable!

Super Speed is a paid app available on the Google Play Store for $0.99. It runs on Android mobiles and Tablets with OS version 2.1 and up.