This week the China Daily newspaper is carrying a story that has been picked up by many international news agencies. The paper states that the Ministry of Industry and Information Technology is ordering all newly built residences to install fiber optic connections in any city or county “where a public fiber optic telecom network is available.”

An ambitious project, particularly when put alongside the government’s hopes that 40 million families will be connected by fibre optic technology by 2015. These kinds of goals and regulations may seem impossible to those of us that live in the old world, but I would not be too sceptical about their interests and possibilities in China.

Here in the US we are a long long way from even getting broadband to large swathes of the country. The National Broadband map is a great source of information about how well connected we are, the maps are interactive and offer loads of information. Broadband coverage in general gets thinner on the ground as you move West, with much of the rural West and mid West still showing very little access. If you look at the map of fibre optic to home availability though you will see that we are talking about a very small number of providers and although it represents 17% of services it is extremely localized, with the vast majority of the country having no service. 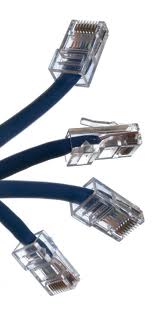 3.7% of the population have no high speed service at all, and although this seems like a small percentage, in a country the size of the USA it represents (by my calculation) about 13 million people.

Some analysts here are asking if the China intervention might be another Sputnik moment. The launch of the Sputnik pushed the US into the space race, fuelling investment and technological breakthrough. The question is whether the same will happen here.

If you are interested in how the world is connected, this article in the Global Finance magazine offers a table that shows the percentages of internet users divided into different countries. Some show a recent explosion is use, Albania going from 1% to 50% in 10 years, some are at above 90%, and some show little growth and remain in the 20’s or 30’s.

Given the importance for business the upgrading of existing infrastructure is of political interest. Both the US and UK governments have made broadband speed and distribution improvement a named priority. The UK government is putting in 530 million Pounds to roll out high speed internet to rural areas and in the US government has a similar plan, once more fueled by recent bad press about the quality of services offered across the country.

The Indian government is also pushing broadband extension. In a recent report increase in GDP is directly linked to broadband access, with failures on the parts of telecom companies blamed for losses in earnings and growth. India is expected to be the largest internet base on the planet by 2015, moving to above 300 million users and overtaking the US. With an extremely technology savvy society and better and wider infrastructure this must represent a great opportunity to the country.

So how good are the providers where you are?