On the 6th of February, Google announced that the company was “ready to lay fiber” in Kansas City (Kansas and Missouri), and restated the goal of getting customers up and running in the first quarter of 2012. The project is nothing short of revolutionary, both for Google and the broadband industry as a whole.

For Google, this is a major first foray into the consumer ISP and infrastructure side of the tech industry. It’s also an opportunity to offer and refine the company’s core online products – without the restrictions of scaling down to suit users’ limited bandwidth access. 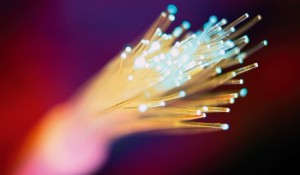 For the ISP industry as a whole, it’s potentially alarming. By the end of the year, many internet service providers may have a much higher standard to live up to, and many restless customers on their hands, due to the new competition. Everything depends on two basic questions: how much more bandwidth will Google be able to offer customers, and how much will they be charged for it?

How much speed can you get from optical fiber cables?

Google promises 1gb/s fiber connections. 1 gigabit per second is the same as 1,000 megabits per second – “more than 100 times faster than what most Americans have access to today.”

That’s so impressive that one can’t help being a little suspicious. After all, nearly all of the broadband companies claim a much higher speed than their service actually delivers; due to network overhead, distance from the node, ‘peak time’ traffic, and various other details, your average speed is probably only a fraction of what your ISP promises.

Google Fiber has one active trial in progress, a small community near Stanford University. A user posted a speed test not long ago showing a 151.68 mb/s download speed, giving a good real-world example of what day-to-day users can expect from Google Fiber.

Other fiber companies aren’t even claiming speeds like Google’s (let alone delivering them). The provide in current “fastest internet in the US”, Verizon’s FiOS, tops out at 150 mb/s (if your math skills are sleepy, that makes Google Fiber potentially over 660% faster). The runner-up is AT&T’s U-verse, which has a “Max Turbo” plan of 24 mb/s. In both cases, real-world data shows users getting a wide variety of results, from far worse to sometimes even better than quoted (especially when using the companies’ own speed tests. Hmm…).

How much will Google’s fiber optic speeds cost?

“It’s too early to say how much we plan to charge for service, but we do plan to set prices that are competitive to what people are currently paying for broadband access.”

Critically speaking, this could mean anything from around $40 to $200 per month.

However, the most recent figures for US consumers put the average monthly cost for broadband at around $40. Admittedly, there’s a lack of up-to-date statistics in this area, but if there is a difference, our average cost is most likely a little higher now than in 2010-2011.

While Google Fiber looks incredible promising, it’s is still an unknown factor; the actual results and pricing plans are months away.

However, we know for a fact that higher speeds and lower costs go hand-in-hand else where in the world. We know that Google’s effect on the Kansas City tech industry and economy in general has been and will be very positive; and we know that – for whatever reason – many companies and media organizations have suddenly been much more interested than ever in pointing out Google’s flaws and changing public perception of the company.