According to Yipit, there are 384 daily deal websites operating in North America that it knows about. This number is almost certainly far higher once you consider all the smaller sites that are not able to run deals each and every day.

So is the market too saturated? Is the industry doomed to fail because there are too many competitors competing for an ever shrinking supply of customers?

In 1876 Alexander Graham Bell demonstrated the telephone and one of the biggest communications companies of the time immediately dismissed it with the famous quote:

“This ‘telephone’ has too many shortcomings to be seriously considered as a means of communication. The device is inherently of no value to us.”

That company was Western Union and the lack of foresight for this new technology meant they were never able to compete in the profitable telecommunications industry – an industry which they had previously dominated with their telegram service.

Between 1894 and 1904 over six thousand telephone companies went in to business and from there mergers, acquisitions and closures happened to consolidate the industry to just a handful of companies today.

In 1939 there were 132 railroads in America, today that number is just seven as mergers, acquisitions and closures meant huge consolidation in that industry. 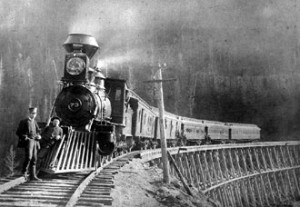 In 2005 there were a huge number of social networks available, Myspace, Orkut, Bebo, Friendster and Classmates to name but a few. Today? We have one site, Facebook as the market consolidated.

In 2007 there was just one daily deal website worth mentioning which was Woot, a hugely popular and profitable website that continues to grow and increase its revenues. After the launch of Groupon it spawned off thousands of clones around the world, over 400 of them in American alone.

So just like other new inventions and markets spawned hundreds of clones, it might look like the daily deal market is in decline as the number of sites decreases but there is still a very healthy merger and acquisition process taking place as the deal market looks to consolidate and become profitable.