With the increase in mobile broadband technology, many people are increasingly turning to mobile dongles (like the ones here) at home instead of traditional connections, which cuts out the need for a fixed-line. However, with mobile broadband there are certain problems that can arise, the most obvious being that of sharing your internet connection with another device. 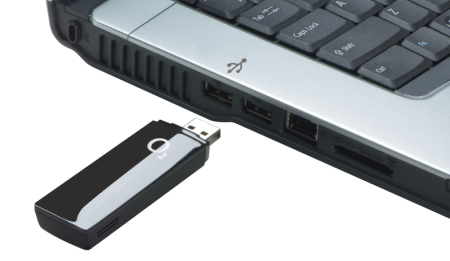 A USB dongle – used to remotely connect to the internet

However, that needn’t be something that you become overly concerned with, as these days there are a variety of ways to share your mobile connection.

Most of the top providers are now offering technology to allow you to do this, such as 3 Mobile’s MiFi. With this you simply purchase the 3 MiFi and you’re away. It works pretty much the same way as a dongle, with one difference.

With a dongle you have to plug it into the machine, with MiFi you don’t, and can therefore connect to multiple devices at the same time. The devices themselves are small and easily portable; however, as is often the case with mobile broadband, internet speeds can be a little slower than hardwiring or even traditional Wi-Fi.

This doesn’t just mean you can connect to another Wi-Fi enabled laptops, games consoles or mobile devices, but also other Wi-Fi enabled devices including cameras, such as the Nikon Coolpix and the Kindle, so with MiFi and similar technologies, you can connect any combination of these, up to five devices. You can follow this link for more information on 3’s MiFi device.

A portable Wi-Fi router is another option for sharing the net. These are now relatively inexpensive and quite straightforward to use. You simply connect to a mobile network and share with other devices. However, do shop around before choosing one, as some are better than others.

Internet connection sharing is another option. By connecting a laptop or PC to the internet, you can then share its connection with other devices. For example if you’re running windows 7 this can be done through the network and Sharing Centre, but can be quite complicated  to carry out so is really only useful for advanced users or those who have the time and patience to hit the forums and get step by step instructions.

With different operating systems it works slightly differently so you may have to look up how to do this on yours too, this can be something of a headache.

The new iPad will allow you to do the same thing, however, despite the device being initially offered as 4G, this technology isn’t yet available in the UK. 4G uses the old terrestrial TV signal waves and widens the spectrum for mobile broadband.

However, Ofcom will be auctioning off the spectrum later in the year and this should be available in 2013 with the top mobile operators and will give even more options for mobile broadband. 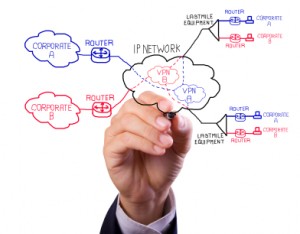 Remote working has grown to become an important element of business productivity for SMEs.

With the current technology available, firms now needn’t suspend their business in severe weather, with a combination of remote technologies and common sense allowing SMEs to continue trading.

Remote working can maintain productivity and reduce office costs over the winter months. Studies have found in the past that employees working away from the distractions of their desk and the surrounding office environment increased their productivity by a considerable margin.

What exactly is remote working?

Put simply, remote working is when people do their work at home or outside the workplace. With the current financial climate tighter than ever, businesses are always looking to bring down their running costs and remote working is one way of achieving this goal.

In many industries Virtual Private Networks (VPNs) are created to enable employees to login to a company network and access all the information they need to carry out their work, whether it is word documents, emails or project briefs. Remote working also enables businesses to employ and outsource work to people all over the world.

There are many other advantages of remote working for both small business owners and employees alike:

Advantages of remote working for employees

The key challenge for SMEs is to ensure employees are disciplined enough to handle the freedom of remote working. Today an increasing number of small business owners appreciate the benefits working from home can bring to their company.