This is the conclusion article in a series reviewing the Samsung Galaxy S4 Mini.

Here we are at the end of another series. This was my most inconsistent series, which I should have ended in October, but here I am in January 2014 finishing it off!

In the first article I introduced my new purchase and started the series. I am still (very) glad I chose Android over Apple and a Samsung Galaxy over other rivals. I really like the (in the words of David) Disney layer Samsung add, having compared it to various other Android devices, not running the Samsung version of the OS. 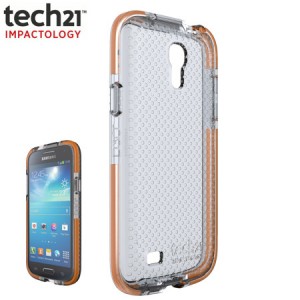 Whilst I do like the S4 Mini, is hasn’t been an easy ride. Before I got my D3O case and Tech21 screen protector, I dropped my phone. The screen hit something and it bounced to the floor. This completely ruined the screen. I took it in for repair and £100 later I had my phone back.

Note to self: always get a really good case, as the cost of that is way less than the cost of a repair. Oh and try not to drop your phone.

A few weeks later my battery started playing up. It wouldn’t hold charge and depleted very quickly. I wasn’t sure if this was related to the earlier drop or not, but I took it back to the shop I bought it from and they said that as it was still within warranty (Samsung give a two year warranty) they would take a look and repair it for me. A few days later I got my phone back (again) and since then nothing has gone wrong.

I recently dropped it again (by accident) outside. It landed on the pavement and bounced to the ground. Luckily the D3O did its work and my phone is still perfectly fine. 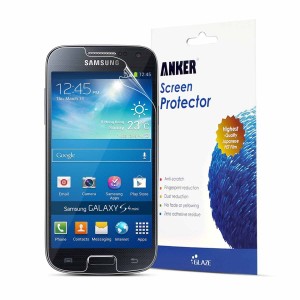 In terms of screen protectors I would say the Anker one was much better than the Muvit alternative, however since that post I have purchased a Tech21 Impactology screen protector and I would rate this the best yet. It cost £20 which is five times the cost of the Anker one and I don’t think it is really that much better. Clarity, responsiveness and adhesion are pretty much the same, it’s only the level of protection that I think is probably a little better. Check out this video for more.

My final article reviewed the RoadWarrior car holder for my S4 Mini. Depending upon the car it can be awkward to place, and I am worried it might damage my phone (if I am not really careful when inserting/removing it) but the FM transmitter and spare USB port are great features that I value.

Overall I enjoy using my S4 Mini. It is a good little phone with great capabilities. The battery life could be improved and the OS could be made a little sleeker/easier to use in some places, but on the whole it is a very good handset to buy; it’s more affordable than it’s bigger brother – the S4 – whilst offering a similar experience, from a more conveniently sized device.

This is the fourth article in a series reviewing the Samsung Galaxy S4 Mini.

This week I am going to do a comparison of two different screen protectors. I have tried each protector for around a month now, so have a fairly good knowledge of them.

I am going to try a new format in this post and compare the two in a table. The two screen protectors are Anker’s Ultra-Clear Screen Protector and Muvit’s Matte and Glossy Screen Protector.

So overall if you were only to buy one, buy the Anker protector, as it offers clarity, protection and responsiveness for a very good price. Had I not tried Anker’s protector, the Muvit one would probably have scored three star, however what really lets it down is the clarity. It is evident that you have a screen protector installed and the only reason to use it would be to stop your screen from getting damaged.

If you are curious about a rating – or disagree with it – let me know in the comments below.

After my four week break I know it is dangerous to claim I know what is happening next week, but I think you can probably expect an article on a Tech21 case… but it might change!